Xbox One Updates Rolling Out In Time For Titanfall 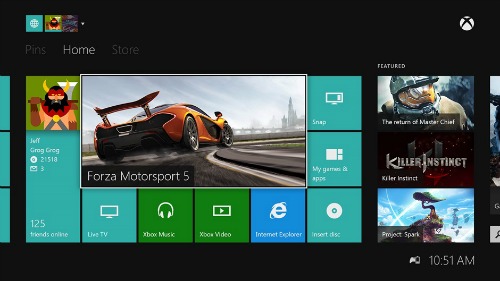 For Xbox One owners, a much anticipated date is almost here, the March 11, 2014 release of Titanfall. In conjunction with the game and its unique use of Xbox One features, Microsoft is rolling out two updates for the console.

The first update will go live on February 11, 2014 and focuses on software tweaks for improvements to the console’s general use. Such changes includes enhancing stability and product updating as well as upgrading Kinect voice controls for more responsiveness. On the user end, the featured changes are the ability to see and manage storage space. My Games and My Apps are now separated and each queue includes a control over the order of installations and a progress indicator for monitoring the status of downloads. The much requested battery power indicator for signaling the remaining power in the controller returns as a fixture on the Home page. Additionally, the Xbox One will now support USB keyboards.

The second update is scheduled for March 4, 2014 and focuses on prep for Titanfall’s use of team-based online multiplayer gameplay. The updates are not outlined other than as changes to party and multiplayer systems.

Next generation transitions for gaming consoles is typically awkward with expected features not making the jump to the next generation at its launch. For disabled gamers, the Xbox One’s compatibility with USB keyboards will be a welcome addition for enabling easier typing for messaging, a feature that is already available on the Xbox 360. The newness of the Xbox One requires a wait for third party companies to release gaming peripherals that fills in the gaps left by the default offerings.

Additionally, the remaining charge symbol for the controller is essentially the same as the Xbox 360’s but rotated and the inclusion of a controller icon to communicate what the battery charge is for. For more video game accessibility on the Xbox One, we would like the option to enlarge the very small icon as well as an audible alert that communicates the remaining number of power bars.