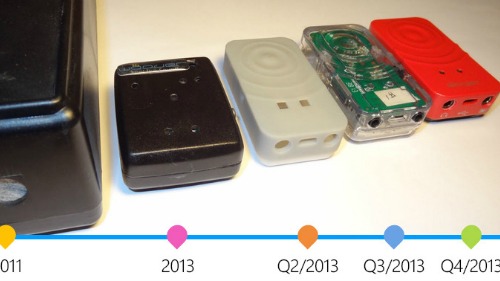 As of this writing, the Woojer Kickstarter that DAGERS’ previously covered here is ending in 26 minutes. Additionally, with an hour remaining Woojer has 1,707 backers and $142,974 pledged of its $100,000 goal.

The first stretch goal is $150,000, which would add a new color option chosen by the backers. The countdown continues for whether or not the stretch goal will be achieved.

Woojer is a silent wearable “woofer” that vibrates in conjunction with sound, allowing its users to feel sound. Woojer connects to a device playing sound, whether a video game console, portable music player, or other personal entertainment system via an audio cord. The Woojer itself is worn by a magnetic clip, belt clip, or a body strap. A few funding options are sold out, including the $49, $59, and $99 which were limited offers rewarding the first funders with discounted Woojers.

If interested in jumping in at the last hour, head to Woojer’s Kickstarter here.

May the vibes be with you!

After initially reporting on the Woojer Kickstarter, I paid attention to how I listen to music and other audio from various devices. As a self-proclaimed expert in using wearable technology (having been outfitted with hearing aids and its peripherals for over 20 years), I have recently acquired hearing aid peripherals that freed me from the tethered experience. My hearing aids have an FM transmitter built in, allowing me to roam while my FM is connected to the audio device via an audio jack and the two devices sit on a table.

When using my Bluetooth peripheral, I must wear the neck loop (which is the transmitter). While the Bluetooth peripheral includes an audio cable connection to the audio device such as my television or computer, even slight movement causes static with the audio jack. I am skeptical of adding another device to a connection already prone to static. Instead, after a lifetime of various clips and loops on my person, I have grown fond of walking away from my devices while the sound still plays through my hearing aids.

Personally, I will wait for the Woojer’s future evolutions. Still, the innovation of complimenting audio with silent vibrations for the individual is a promising and unique experience.