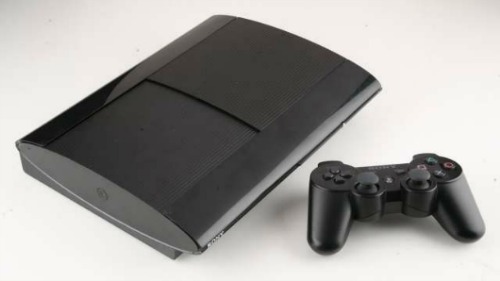 Because of my work on DAGERS, I have every system in the current generation. And when I sat down and listed out the reasons why I prefer my 3DS over my PS Vita, it got me thinking about other gaming biases I have. The largest is that when I am rating games, I prefer to do it on the PS3. If a title is listed on multiple platforms, in most cases, my default is Sony’s console. Occasionally I’ll dust of my 360 just to get a different perspective on a game. And if a game uses the Wii U touchpad properly, I might choose to rate it on that system. But I virtually never buy PC versions of games unless they’re exclusives. This may sound unreasonable, but I have found the source of my bias against these three systems and why I prefer the PS3.

Let’s get the most contentious one out of the way first. Yes, I prefer PS3 over Xbox 360. But I’m not one of those fan boys that’s going to tell you the Xbox 360 is junk. The fact of the matter is, I grew up on the PSOne. As a result, I prefer the joysticks on my controllers to be parallel. In addition to this being a personal preference, this also has an impact on the PS3’s accessibility. If the occasion calls for it, it’s easier to use one hand to manipulate both sticks on the PS3 because they are closer together. As a result, it’s easier for me to muddle my way through games that require you to use both sticks and press buttons at the same time on Sony’s platform. Another reason that I prefer the PS3 over the Xbox 360 is strictly a personal preference. I find the interface cleaner and easier to navigate. Frankly, I don’t see the need for a Bing search engine on a console, and it’s extra features like these that clutter up the Xbox 360’s interface with stuff I’m never going to use. But I discovered both of these reasons once I owned both systems.

There were two reasons that my first console in this generation was a PS3. First, Blu-ray disks are more durable than normal DVDs. I’ll never forget the demonstration the GameStop associate made when he took out a copy of Ratchet and Klank on Blu-ray and scraped it along the unfinished edge of the counter to show me that Blu-rays don’t scratch as easily as DVDs. For an able-bodied person, this may not be as big of a deal, but because I’m liable to drop my disks when trying to put them in the machine, I went with the more durable option. But the multiplayer was the biggest reason I went with the PlayStation first. I don’t care how good your online service is, I think it’s stupid to pay for a feature which in last generation was free.

My bias against the Wii U is a bit more obvious. Most games do a horrible job of implementing the Gamepad and just end up making the game less accessible. I would have given anything to be able to play Lego City Undercover on PS3 (too bad it’s a Wii U exclusive!) since on the Wii U they require you to hold up the tablet and look through it in order to accomplish one of the game’s primary mechanics. Because of my weak hands, maneuvers like these are hard to accomplish. In other words, the Wii U seems to dress up most games with unnecessary trappings in order to include the Gamepad in some new and innovative way. But as a gamer, I don’t care how new and innovative the hardware is, I just want good games. And as a disabled person, I just want games I can play. Unfortunately, both desires are somewhat limited by the way most games use the Wii U.

Finally, we come to the PC. Counterintuitively, the PC is actually the most physically accessible system I own. I have a custom-built gaming rig with specialized peripherals that make gaming easier by building custom macros into keystrokes. And with the PC, I’ll never run the risk of accidentally pushing buttons like I do with the PS3’s triggers (which can get pressed by accident if I am playing the game using my lap tray). But there’s a problem integral to PC games that would make it a mistake to try to rate every game on this system: I can’t trade used PC games back in. As someone who’s trying to build a brand new website, it would be a mistake for me to keep every single game that I own. And retailers like GameStop won’t take PC games on trade. Even worse, I can’t sell them to a friend because of DRM issues. I need to be able to trade in games once I review them. Therefore, I’m stuck using the slightly less accessible, but more financially feasible PS3.

I’m sure I’ve ignited a firestorm of opinions. Feel free to share them in the comments below. Just remember, my systems are like my children—I love them all. I just happen to have a favorite. Does that make me a bad parent?