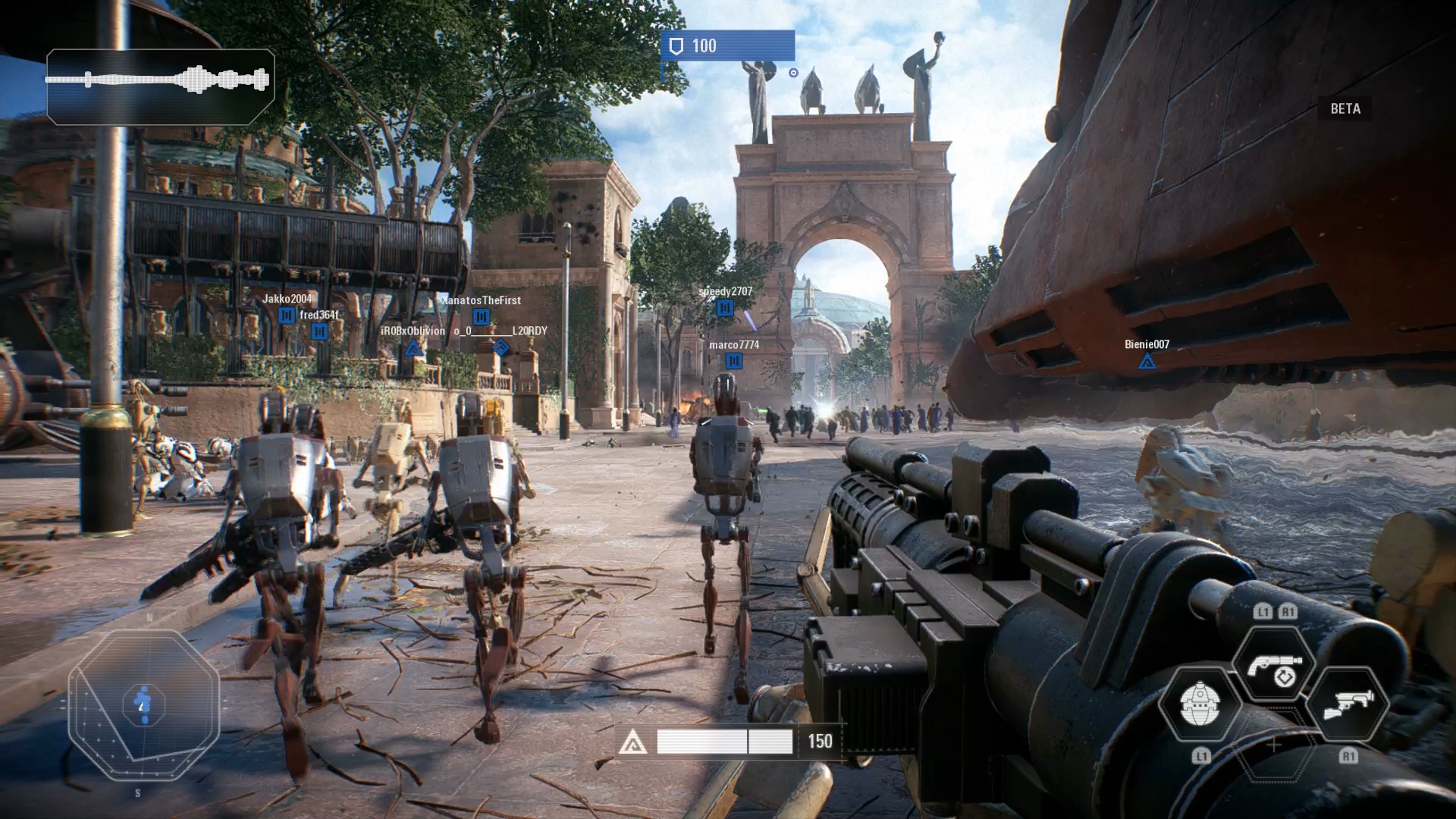 Many of my readers will remember that the original reboot of Star Wars Battlefront was a DAGERS Diamond Award nominee. Its relatively straightforward premise and forgiving and flexible gameplay offered players with disabilities a relatively accessible Star Wars experience that, while not perfect, offered enough to justify the purchase. Personally, I was excited to play Star Wars Battlefront 2, so much so that I was committed to reviewing it, even after the mountains of bad press it has received since release. My original plan was to review it and not to even mention the loot box controversy, but after struggling with it over the weekend, I can definitively say that Star Wars Battlefront 2 is so inaccessible for me personally, that I cannot give it the standard review. Looking at the menus of this game, one wouldn’t expect it to be so inaccessible. It features multiple color-blind modes, and begins with subtitles enabled; and if like its predecessor it was simply an arcade style shooter, where the goal is not to progress with a single character through a story, but to jump into the role of many characters and participate in the massive battles within the Star Wars universe on the level of a regular infantrymen, then Star Wars Battlefront 2 would be as accessible as its 2015 counterpart.

But it is not like this. And the reason it isn’t is due to something that has been exhaustively discussed since the game was released: the loot boxes. My original plan when outlining my review for Battlefront 2 was not even to discuss the controversy because I didn’t see how unlockable content could have a serious impact on accessibility, but I was patently wrong. Upon starting Battlefront 2, you are given a tutorial on how the Star Card system works. To my chagrin, the items that you unlocked weren’t simply boosts and cosmetic upgrades; but you could actually unlock different weapons for each class. See, previous Battlefront games were accessible because you had access to enough weapons at the start of the game to compensate for disabilities. I almost always played using the Shock Blaster, because its shotgun like playstyle eliminated the need for fine motor adjustments. In Battlefront 2 however, most weapons are locked behind an in-game currency paywall, meaning that you have to play long enough to rack up enough points to unlock the features that make playing the game accessible. In essence what DICE has done is to put a premium on accessibility. In other words, in order to make this game playable as a person with a disability, you have to lose continuously until you rack up enough points to customize a character to fit your needs. This process very quickly sucks all of the joy (at least for me) out of playing Star Wars Battlefront 2. It is so inaccessible that all I find myself doing is running into the enemy and dying until the match ends in hopes that I will eventually accrue enough credits to unlock what I need to actually be able to play the game.

The story mode isn’t much better, as instead of the Lucas Arts Battlefront 2 that gave you a story mode which followed a platoon of stormtroopers within which you could fill any one of five different classes, the 2018 Star Wars Battlefront 2 storyline gives you 1 character, whose upgraded abilities are also locked behind achievement style barriers. I cannot progress past the second level in the campaign because the only weapon that they give you that doesn’t have a time limit on it is a sniper rifle, which leans too heavily on precision and accuracy in order for me to be able to use it effectively.

The bottom line is, for me Star Wars Battlefront 2 is completely inaccessible. It’s so inaccessible that I can’t progress far enough through it to make statements about any other areas of accessibility that it may have. I apologize to my readers, but the bottom line is I can’t say a world where I could recommend Star Wars Battlefront 2 to any disabled player because of its astonishing lack of flexibility.