What Makes a Game Inaccessible? 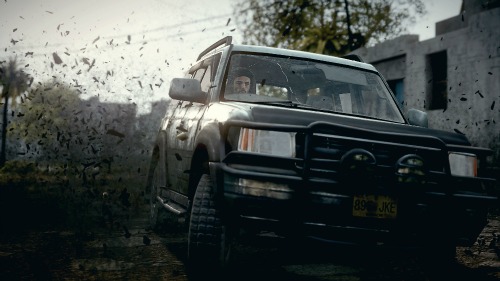 Recently DAGERS was forced to give out its first ever Inaccessible rating for fine motor accessibility in Danger Close’s new title, Medal of Honor: Warfighter. This is the lowest rating we can give at DAGERS, and means that we do not recommend that people with particular disabilities buy this game because they will more than likely be unable to enjoy it. But how do we determine if a game deserves this rating, and what exactly does an Inaccessible rating mean?

It’s better to answer the second question first. Just because a game is rated as Inaccessible does not mean that the game cannot be beaten at all costs. It simply means that the barriers in the game are so great as to remove any enjoyment that the player might have gotten from the process of playing the game. After all, who except the most dedicated Assassin’s Creed fans would spend more than about 30 minutes on a single lock picking segment that is supposed to take 30 seconds? Thankfully this is a major overstatement when it comes to the minor difficulties in the new Assassin’s Creed. But with Medal of Honor: Warfighter, it took our reviewer more than three hours to complete a single sniping segment that should have taken just ten minutes. Game reviewers in any outlet have to make judgment calls as to the quality of a game. At DAGERS we have to make judgment calls regarding at what point a game ceases to be fun and would lose the interest of most gamers.

Now that we have established what it means for a game to be Inaccessible, the question remains, what does an Inaccessible game look like? When a game is rated Inaccessible, it is given this rating under the same two assumptions that we use when we give a Barrier Free rating. First, we assume that the person reading the review already knows a little bit about the game and can tell whether games within that genre should be accessible to their physical capabilities. Second, we assume the player has a hardware set up that is physically accessible to them.

Could Mortal Kombat be rated Inaccessible for fine motor because it requires rapid button presses? No. Rapid button presses are an example of an overt barrier in Mortal Kombat, because that is the nature of this game’s genre. But if the final boss fight in the next Mortal Kombat installment were to have players in a battle of the bands with Shao Kahn, in which players would have to be able to hear music and see color to beat, this would go a long way towards giving this hypothetical game an Inaccessible rating, because there’s no reason to include musical gameplay in an arcade style fighter. If that gameplay were repeated over and over again, fairly soon this new Mortal Kombat would be given an Inaccessible rating.

To use an example from real life, there was nothing in Medal of Honor: Warfighter that indicated or needed the use of a racing level. But this level, which requires a lot of dexterity and quick reflexes, created such a barrier that all enjoyment in Medal of Honor: Warfighter was removed. Couple that with the long instances of trying to use a sniper rifle in which players have to make the sniper hold their breath to steady the scope, and all of these things conspire together to provide a textbook definition of an Inaccessible game.

So if we say a game is Inaccessible, we are in fact saying two things. We are saying that the game has many hidden barriers, and that these hidden barriers in addition to the overt barriers come together to sap all enjoyment out of the game for most players with disabilities.