What Is a Barrier Free Game? 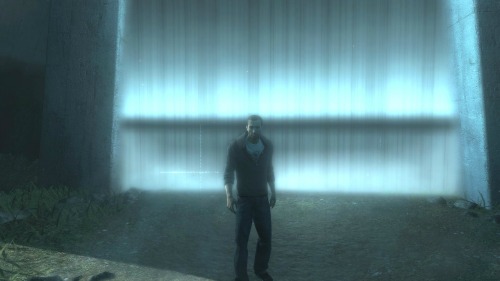 The highest rating we give at DAGERS is the Barrier Free rating. The first game ever to receive this rating was reviewed earlier this week. Yet what do we mean when we say that a game is Barrier Free? Does this mean that a game poses no difficulty to any disabled player regardless of their disability? Does it mean that the game is equally accessible across all platforms?

The short answer is, no. When we label a game Barrier Free, we are in effect saying that within certain parameters, the game poses no barriers to gamers with disabilities. Three factors have to be examined when determining whether a game is Barrier Free. First, a player has to know their own disability. Second, a player has to have a physical interface that is accessible for them. And third, the game has to be free of hidden barriers so that the first two factors have their proper effect on the game’s accessibility.

When we say a game is Barrier Free for those with fine motor challenges, what we are in fact saying is that if somebody can physically access the hardware the game is on, and if they are capable of playing the genre the game is a part of, then there are no hidden barriers within the game that would make it inaccessible.

For example, Borderlands 2 was given a Barrier Free rating for players with visual disabilities. Yet one of our readers has double vision to the extent that the entire first-person shooter genre is extremely difficult for him to access. So, in this case, although Borderlands 2 is inaccessible to this reader, it is not because the game did something that unusually bars the visually disabled, but rather that the first-person shooter genre is inherently inaccessible to gamers with disabilities like the reader I mentioned.

Similarly, if, when Halo 4 comes out, a player with a disability cannot access the XBox 360 controller for some reason, this is not a mark against Halo 4 as much as it is a mark against Microsoft’s platform. The inaccessibility of Microsoft’s platform should not affect the ratings received by individual titles. This should illustrate that in addition to knowing one’s own disability, one has to have hardware that is accessible. DAGERS has to rely on its readers to address both of these issues so that we can properly address the third.

When we say that a game is Barrier Free, we assume that if someone is looking at that review to determine whether it is accessible, they already know a little bit about the game and can already tell whether there are any overt barriers for their particular disability. We also assume that the player already has a hardware setup accessible for them that the game is published on. We would not recommend going out and buying a Vita to play Assassin’s Creed: Liberation unless a player already knows the Vita is accessible for them. After we assume this, we are then free to address the hidden barriers within the game, and determine whether there are any bars to accessibility. If none exist, a game is given the rating of Barrier Free.