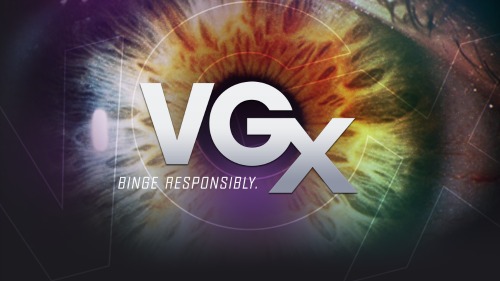 Spike’s VGX Awards streamed online on Saturday, December 9, 2013, and was hosted by Geoff Keighley, of GameTrailers, and comedian Joel McHale.

Throughout the three hour event various gaming announcements and developer interviews were intermixed with announcing the winner of each category.

Among the announcements, we learned that Telltale Games picked up not one but two additional well-known franchises, Borderlands and The Game of Thrones, for later game releases. A narrative driven Borderlands will sharply contrast with the frantic gameplay that the first person shooter is known for. The Game of Thrones series will be based on the HBO show, not the original books by George R. R. Martin, but no further details are known.

2013’s Tomb Raider reboot is coming to the PlayStation 4 and the Xbox One as a Definitive Edition that includes updated graphics and its multiplayer focused DLC on January 28, 2014. Specifically, the updated graphics showcase TressFX for improved hair animations which are evident in a third person game with the protagonist sporting a ponytail.

New trailers were shown for the next generation experience of Destiny, the oft delayed but soon to be released South Park: The Stick of Truth, the heralded Snowdrop Engine powering Tom Clancy’s The Division, further visuals for The Witcher 3: Wild Hunt, and the story behind Thief. New gameplay demos included footage for the Xbox One exclusive Quantum Break, the PC Kickstarter phenomenon Broken Age, and Dying Light by Techland who created the Dead Island series.

Titanfall news included two trailers showcasing two playable titan classes, Ogre and Stryder. Similar to their names, Ogre is a power based titan with increased rocket power but slow movement, whereas Stryder travels faster but with less weaponry. The Respawn Representatives emphasized that development time is now spent balancing the game and assured fans that a Classic Mode will allow for traditional multiplayer for players not wanting the single player/multiplayer hybrid gameplay. Additionally, more of the in-game universe was revealed with Hammond Robotics as the company behind the development of the titans, even including a company phone number in the trailer that can be called in the real world to reach the company’s voicemail.

VGX was shot in a studio setting and without a live audience. The winners were notified beforehand and submitted their video acceptance speeches which ranged from Irrational Games showing its employees unable to give acceptance speeches for BioShock Infinite as Best Shooter to Naughty Dog’s win as Studio of the Year with a saunter down a hallway while giving thanks for winning the award that cut to the entire studio cheering. A complete list of the video game winners are below:

Best Song: Will the Circle be Unbroken – BioShock Infinite

Best Voice Actor: Troy Baker as “Joel” – The Last of Us

Best Voice Actor Actress: Ashley Johnson as “Ellie” – The Last of Us

Best Handheld Game: The Legend of Zelda: A Link Between Worlds

Best Playstation Game: The Last of Us

Best RPG: Ni No Kuni: Wrath of the White Witch

Studio of the Year: Naughty Dog

The VGX Awards were not broadcast live on television but were streamed live online. As a result, the award show was not required to provide closed captions as the show previously known as the Video Game Awards provided during the duration of its ten year run. Spike TV aired an hour long VGX Replay on Monday, December 9, 2013, at midnight. VGX Replay was closed captioned. The show aired game trailers, announcements, and snippets of the concert showcasing the music of Grand Theft Auto V. Not included were the developer interviews, longer gameplay demos, and the presence of Joel McHale.

Regarding the games. For fine motor disabilities, the South Park: The Stick of Truth trailer showed part of its tutorial section that reveals the use of the controller’s sticks, pushing down on R and the directional use of L, for fart powers. The extent of the stick use for required gameplay is unknown.

The Dying Light gameplay demo aired with the subtitles enabled and the game briefly paused to show the combat controls’ layout. The subtitles were tagged to identify the speaker, and appeared in white text on a transparent black background. Subtitles also depicted environmental sounds during combat such as “Survivor: *loud scream.*” The environment sounds are a noticeable inclusion given the rarity of depicting sounds in subtitles. Including the subtitles and a screen with the combat controls in the promotional demo is a good way to show disabled gamers the features and to include disabled gamers in the pre-release hype.