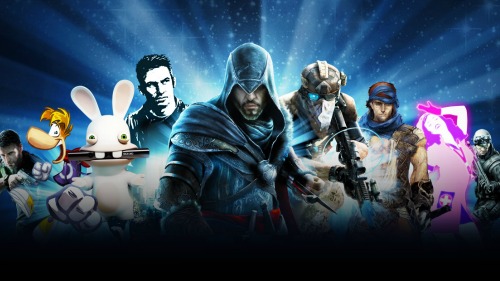 Ubisoft released its financial performance for the first half of its 2013-2014 fiscal year (April to September 2013). During that time Ubisoft recorded $393.9 million in sales with $271.6 million as gross profit.

Comparatively, in fiscal year 2012-2013, Ubisoft showed $375 million in sales and $259 as gross profit. Expenses remained comparatively similar, except for a noticeable increase of $56.5 million in research and development that is possibly due to the transition into the new console generation which requires multi-generation game development.

Ubisoft attributed its sales performance to strong back-catalog sales that experienced a 16% growth due in large part to Assassin’s Creed 3 and Far Cry 3. Additionally, sales were bolstered by a 29% growth in digital sales in both digital distribution and in DLC. Notable acquisitions included Future Games of London, previously reported by DAGERS here, and teh aquisition of Digital Chocolate’s Barcelona studio’s assets. Both studios focus on free-to-play titles for mobiles and tablets.

Other points of interest include:

Revenue is listed by gaming platform. Notably, the Xbox 360 and Playstation 3 accounted for 34% and 30% respectively of Ubisoft’s revenue which are an increase from 29% and 22%. The growth is attributed to sales of the Assassin’s Creed franchise, Tom Clancy’s Ghost Recon, and the Far Cry franchise. Revenue for the Wii dropped from 33% to 16% due to the release of the Wii U, but the Wii U’s revenue only accounts for 4% which hardly makes up for the lost 17% of revenue based on Nintendo’s consoles.

Regarding employees, Ubisoft reported that the staff demographic is 79% men and 21% women as opposed to last fiscal year’s demographics of 80% men and 20% women. Ubisoft acknowledges that women employees are primarily business staff, whose work includes marketing and sales, as opposed to game production. With 18% of production staff women whereas 39% of the business staff are women, women are clearly under-represented in game development. Ubisoft attributes this disparity to video game production primarily attracting men but that “The situation is evolving gradually, with more and more women gaming, which translates into an increase in the rate of female hires.”

Ubisoft’s future goals include broadening the brand of their open world franchises with movie and television spin-offs, as well as with maintaining the high level of gaming quality that the Ubisoft name is associated with. Yves Guillemot, Chief Executive Officer, summarized upcoming goals by stating, “In 2014-15, we intend to step up the level even further by launching a number of particularly ambitious titles both under new brands and established franchises, starting as of the first quarter of the fiscal year, with the release of Watch Dogs.”

Ubisoft is an international video game developer and publisher. Its number of disabled employees is disappointing but not surprising. In the United States, for October 2013, 20% of people with disabilities participated in the labor force whereas 68.5% of people without disabilities participated in the labor force. Of those in the labor force, the unemployment rate for people with disabilities was 12.8% as opposed to 6.7% for people without disabilities. A disability certainly impacts our ability as disabled gamers to secure employment in whichever field we choose. Gaming provides us with an outlet from the realities of the day to day concerns due to our disabilities. Regardless, Ubisoft’s half year fiscal report oftentimes mentions their commitment to diversity. We hope that Ubisoft continues their outreach to disabled gamers with actions that range from a 2008 pledge that all in-house developed games are subtitled to a color blind mode in Rocksmith 2014 Edition. Additionally, we hope that Ubisoft looks to increase its disabled employees for disability representation in game creation and marketing.