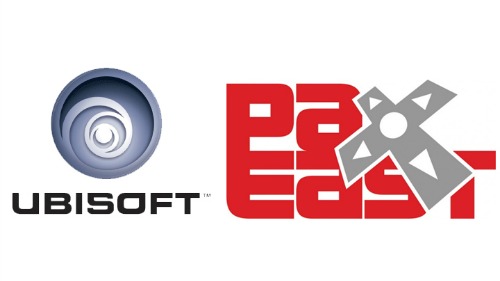 Ubisoft announced its PAX East lineup which features Watch Dogs, The Crew, Child of Light, Trials Fusion, The Next Level and more digital titles. PAX East runs from April 11 to 13, 2014 at the Boston Convention and Exhibition Center.

At PAX East Ubisoft is showcasing a previously unreleased demo for Watch Dogs that highlights the game’s atypical multiplayer by placing the player in the role of a hacker targeting another player. For The Crew, an online open world driving game, a demo will be available and pre-orders purchased at Ubisoft’s booth includes a free t-shirt.

Trials Fusion, the next generation sequel to Trials Evolution, will be on-hand with a playable demo for the first time. Attendees will have the opportunity to race the tracks created by finalists from the Trials Fusion Track Jam and vote for the top tracks to be featured when Trials Fusion releases on April 16, 2014. Additionally, professional BMX riders will be performing stunts at Ubisoft’s in-booth skate park.

Ubisoft’s digital booth will feature playable demos or free to play gameplay for Child of Light, Tom Clancy’s Ghost Recon Phantoms, The Mighty Quest for Epic Loot, Might & Magic Duel of Champions Online Card Game, and an unannounced digital title will be available with its first public playable demo. Additionally, the booth will include presentations, developer interviews, giveaways, and reveals of new game features.

The Next Level, Ubisoft’s casual gaming competition, returns and now allows coaches and teams. Players compete for the best all-around score as well as for top team scores. Four celebrity guest coaches – Scott “SirScoots” Smith, Johnathan “Fatal1ty” Wendel, Stephanie “MissHarvey” Harvey and Meg Turney – will compete to recruit the best players for their team. The top player is awarded an ultimate gaming package and the winning coach wins a $5,000 donation to a charity of their choice. The competition restarts each day for a total of three competitions. The Next Level will be streamed and are available to watch here.

As disabled gamers we are accustomed to checking the accessibility of a venue before attending. Accessibility information is buried on the PAX East website under Frequently Asked Questions here (scroll down through the answers). The FAQ addresses players who “…have a mobility impairment and/or use a wheelchair” and states that the Boston Convention and Exhibition Center is “completely wheelchair accessible.” Additionally, medical passes are available for accommodations such as entry into the panels. A medical pass includes a +1 to allow a companion to accompany a disabled attendee.

No other disability related information is publicly available about PAX East but further questions can be submitted by e-mail.