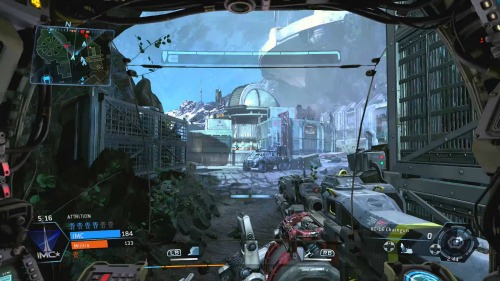 Titanfall’s sixth update includes a number of new and tweaked features but most importantly for disabled gamers it introduces colorblind support.

The much requested features gives colorblind gamers video game accessibility since the colors for the above noted features required differentiating between blue, red, and orange. Read DAGERS’ review of Titanfall here which noted the absence of colorblind support at the game’s release. The added colorblind support joins other video game accessible features such as toggling sprint on Always and subtitles in a multiplayer based game.

Other changes include the introduction of Pilot Skirmish, a new game mode that pits two teams of eight Pilots against each other with no Titans and no AI backup. The game mode is noticeably quieter as players stalk the map trying to get the drop on opposing Pilots. The Marked For Death game mode in which one player on each team is protected by their team while being hunted by the other team is now permanent.

Additionally, Burn Cards, one use match bonuses, received a series of updates from the option to individually purchase select Burn Cards, an option to Auto Fill the player’s Burn Card slots, and Roll The Dice, a new ultra-rare card that allows players to pull a Burn Card during a match from their entire deck.