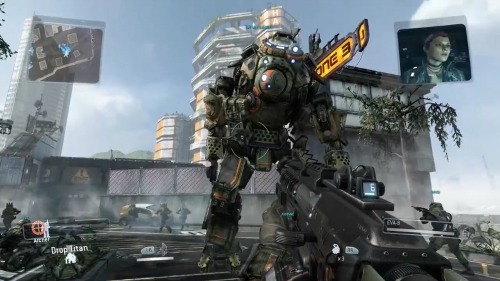 Titanfall is arguably one of the most anticipated titles of the next generation and its release is a month away. Today, we await more information about the beta which is rumored to start this Friday, February 14, 2014. While we wait for official news, here is a roundup of the pertinent Titanfall news leading up to its release.

The PC edition of Titanfall requires an Electronic Arts’, the game’s publisher, Origin account. The news is a disappointment for PC players who prefer using Steam.

The Xbox 360 release of Titanfall is delayed until March 25, 2014 while the Xbox One and PC editions will launch on March 11, 2014 in North America with a Europe release on March 13, 2014. Patrick Soderlund, executive vice president of EA Studios, stated:

“The team at Respawn is putting the finishing touches on a game that I think will truly demonstrate the possibilities of this new generation…In these last few weeks before launch, Respawn is in the final stages of polishing the Xbox One and PC versions of the game. Bluepoint is doing the same with the Xbox 360 version. To give them the time they need to put the finishing touches on the current-gen version of the game, we are moving the Xbox 360 ship date to March 25 in North America and March 28 in Europe. The extra two weeks will ensure the full world of Xbox gamers has an awesome experience.”

Respawn Entertainment confirmed that Titanfall will utilize an anti-cheat system. The exact system remains unknown but it will be tested during the beta. The beta is a new build of the game therefore no saves or other information transfers from the alpha to the beta.

Respawn Entertainment has trickled out information about Titanfall’s lore that sets up a world where pilots and Titans work in tandem to obliterate the enemy pilot and Titan teams.

One on side of the fight is the Frontier Militia, frontier homesteaders who banded together as “citizen soldiers.” The ragtag organization of the Frontier Militia separates fighters into Brigades that are assigned sections of Frontier Territory to defend. Territory sections can encompass several planetary systems requiring that brigades are further subdivided into smaller corps for local defenses. However, not all homesteaders on the Frontier support the Militia’s tactics.

The Militia opposes the gigantic Interstellar Manufacturing Corporation, the IMC. The IMC began as Hammond Engineering, a natural resource extraction company that specialized in delivering Titan manufacturing materials. Hammond Engineering’s explosive growth led to its transformation into the IMC. Now the IMC controls shipping lanes and planetary resources but provides day to day conveniences to those living in the Core Systems that prevents widespread criticism of the company’s practices, including the use of violence.

Disabled gamers share in the excitement of Titanfall’s upcoming next generation gaming experience. However, as a new console generation game third party support for gaming peripherals is not yet caught up. More so than usual, disabled gamers await news regarding modes and options within Titanfall. Questions range from whether a colorblind mode will be available to whether the font is clearly readable or if its size is adjustable to whether controls are remappable and if so to what extent to as a single and multiplayer hybrid are subtitles provided at any point in-game.  See our previous coverage that more than one controller layout is confirmed here.

Titanfall touts to redefine our understanding of gaming. Such a new experience has the opportunity to also redefine the baseline for accessibility in gaming. Comprehensive accessibility for any disability ultimately benefits all disabled gamers.