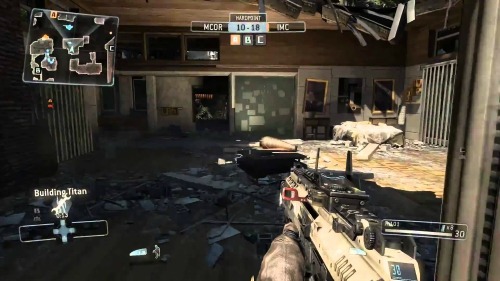 Titanfall for the Xbox 360 is delayed for a second time with a new release date of April 8, 2014 for North America and April 11, 2014 for Europe. The Xbox 360 edition was originally slated for release alongside the game’s Xbox One and PC launch on March 11 but was delayed until March 25, 2014.

Titanfall for Xbox 360 is in development by Bluepoint Games, not Respawn Entertainment who developed the game for the Xbox One and PC. Bluepoint Games has experience with porting intergenerational console games which includes developing the Metal Gear Solid HD Collection for the Xbox 360 and Playstation 3 as well as the God of War Collection for the Playstation 3.  Both collections were well received by critics.

The delay announcement includes assurances that Titanfall for the Xbox 360 will include the same six versus six matches, maps, modes, weapons, and Burn Cards as seen in the Xbox One and PC editions.

Titanfall on Xbox One and PC includes a series of accessible gameplay features such as Automatic Sprint which effectively toggles sprint and subtitles which are not commonly present in multiplayer based games. Notably missing is a mode to accommodate colorblind gamers due to the game’s use of a red reticle. All players remain unsure what features, if any, are excluded from the Xbox 360 edition due to hardware constraints. Until Titanfall for Xbox 360 releases disabled gamers remain uncertain if all of the accessibility related features will be included.