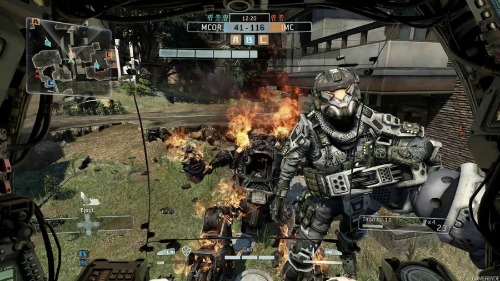 On December 30, 2013, on the forums for Respawn Entertainment, the developer creating the much anticipated Titanfall confirmed multiple preset controller layouts for the upcoming game.

A Respawn employee by the handle “scriptacus” responded to questions about multiple controller layouts with, “There is a layout with melee and crouch swapped, as well as a variant that allows for jumping on a bumper (my personal favorite, as it allows you to use the “look” stick while jumping)…More than one controller layout confirmed!” The forum posts are viewable here. “Bumper Jumper” is the term attributed to a control scheme that maps jump and melee actions to the controller’s bumpers.

The confirmation ensures prospective players that the game has, at minimum, more than one controller layout to choose from. For AAA first person shooters, additional controller layouts are expected to accommodate players’ preferred play styles.

A variety of additional information has recently surfaced regarding Titanfall, such as the ineffectiveness of quick scoping and no scoping as well as the news that multiplayer matches are capped at six versus six human players (but with additional AI combatants for a possible total of 48 players in a match). As reported by Polygon, Justin Hendry, the lead designer at Respawn explained that the maximum human player count of six versus six is the optimal number for an enjoyable experience. Features such as the vertical playability of the environments and high player speed when wall running result in enemy assaults possible from multiple angles rather than the typical FPS defense of guarding the entrance and exit against many enemy players. The original article is available here.

With more information to come before Titanfall’s March 11, 2014, release there is no final word on whether or not fully customizable controls will be available. Respawn is cognizant of the request for video game accessibility via controller customization. Controller customization may be on a wish list of features that are weighed against available time and money until the game’s release. With limited third party devices available at retail for controller customization for the Xbox One, such an accessible feature in a flagship franchise would establish goodwill and trust between Xbox One and its disabled gamers early in the console generation.

Respawn’s explanation of the capped player count for a fun experience over twitch gameplay (dominated by the few) suggests a game developer considering a variety of gamers for the new IP, including disabled gamers who require accommodations for enjoyable gameplay.