The Last Of Us Remastered Announced For Playstation 4 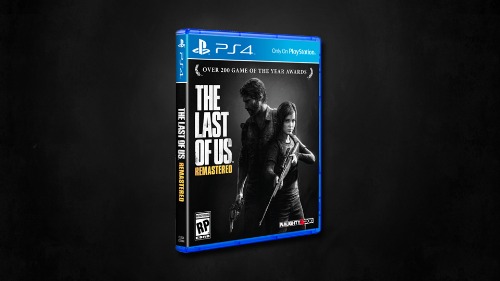 Sony officially announced The Last of Us Remastered which is releasing in summer 2014 for the Playstation 4.

The information leaked earlier this week when a posting listing the edition appeared on the Playstation Store’s web portal.

While unexpected a port of the Playstation 3’s 2013 hit and Game of the Year winner by multiple outlets is not surprising. Sony explains the decision as a focus on the Playstation 4. The Last of Us Remastered will feature 1080p graphics that allow for improved character models, shadows, lighting, and textures. Additionally, the new edition will include new content such as an exclusive director’s commentary for the in-game cutscenes. The commentary will be by Neil Druckman – Creative Writer and Director, Troy Baker – voice actor for protagonist Joel, and Ashley Johnson – voice actress who won a BAFTA Award for her work as Ellie.

On top of the updates and new content is the previously released DLC which most notably includes Left Behind, an expansion of the single player campaign.

Preorder bonuses include unlockable bonus skins for Joel and Ellie as well as upgrades for the single player campaign such as increased crafting and rifle clip capacity. Additionally, preorders from the Playstation Store gain early access for perks to use in the Factions multiplayer. The bonuses are additional loadout points as well as unlocks for the brawler survival skill, Jeep cap and surgical mask.

More information about the edition will be revealed leading up the release.

Bringing a Playstation 3 game to the Playstation 4 seemingly contradicts the backwards compatibility efforts of the upcoming Playstation Now service that streams older games.

The Last of Us was a critical and commercial hit in 2013 for Sony. In fact, DAGERS awarded our first ever Diamond Award, our Game of the Year award for the game that best provides both gameplay and disability accessibility, to The Last of Us. The game’s exceptional gameplay and video game accessibility is detailed in the announcement here. You can see the trophy DAGERS presented Naughty Dog with here.