The Disabled Gamers’ Look Back – Halo 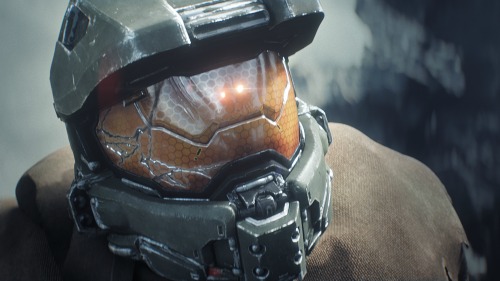 If the Xbox console has a mascot that mascot is Halo’s Master Chief. The original Halo cemented the fledging Xbox and two years following the latest full release in the franchise, Halo 4, the multiplayer community remains robust.

Originally developed by Bungie, the Halo franchise defined console multiplayer gaming. From local to internet multiplayer, the franchise removed the gameplay from a singular focus on the single player campaign and challenged players to compete against each other. Without predictable AI scripts, players scrambled across maps, drove Warthogs in tandem with another player manning the machine gun, and wildly threw plasma grenades hoping for a lucky kill.

Spanning three consoles generations with Halo: Spartan Assault available on the Xbox One, the Halo franchise is a gaming milestone and defined a console brand now known for its multiplayer experience. Halo: Combat Evolved, Halo 2, and Halo 3 established Master Chief’s and Cortana’s original trilogy in their quest to save the universe from the Halo rings. Halo Wars introduced isometric real time strategy (RTS) gameplay to the Halo universe. Spin offs accentuated the main trilogy’s story with Halo: ODST occurring between Halo 2 and Halo 3 while Halo: Reach was a prequel. Halo: Combat Evolved Anniversary painted the 2001 title with an HD update and feature tweaks while Halo 4 released in 2012 as the first numbered entry in five years. Halo: Spartan Assault featured top down third person shooter gameplay and originally launched as a Windows phone exclusive to provide the young smartphone line with a “must play” game but was later ported to the Xbox 360 and the Xbox One.

For disabled gamers, the Halo franchise represented a classic quandary. The franchise created a new console gaming genre, multiplayer. Would the cutting edge gameplay be accessible with no predecessors defining disabled gamers’ needs?

The first person shooter gameplay of Halo is known for its speed. The fast paced environment is due to no iron sights or a cover mechanic. Master Chief and other UNSC (United Nations Space Command) Spartans fire weapons on the move in order to dodge bullets and brief respite for recharging shields simply involves standing outside of the oncoming fire.

For gamers with fine motor disabilities this arcade style shooter requires less shooter finesse but fast paced player movement. In fact, the weapon reticles are larger than average due to the lack of iron sights. No cover keeps the gameplay active with adeptness needed for staying in constant movement by controlling the assigned analog stick. The base gameplay is centered on avoiding fire while firing on enemies.


This frantic pace requires less precise aiming accuracy with twitch based movement. In the most recent iteration, Halo 4, multiplayer upgrades allows players to personalize their gameplay in multiplayer matches with load out profiles rather than a rush on the map for spawned weapons. For video game accessibility, the upgrades allow player customization in the gameplay.

For example, the weapon load out ranges from the assault rifle which continuously fires when the fire button, by default the right trigger, remains depressed to the battle rifle that fires three round bursts for more than one shot with each button press without firing continuously to better control recoil. Spawning on the maps are a wider variety of weapons such as the Needler in which guided munitions pursues the intended target as an auto lock feature.

Additionally, in the player’s load out, weapons can be paired with an armor ability such as a sniper rifle combined with armor cloaking for long range stealth, a jet pack gives greater in-air mobility for top down shooting, or an autosentry provides either personal cover fire or a distraction with an automated turret. Additionally, the larger maps include vehicles. Ghosts are one manned vehicles coupled with a weapon whereas the classic Warthog comes with the option to drive, use the machine gun, or fire at enemies as a ride along passenger. For the melee inclined are one-hit kill melee attacks from behind for and energy swords that spawn on the map for more direct melee assault. The load out personalization or the weapon pick up on the map does not change the fast paced nature of combat. The options provide disabled players with customization to define their gameplay in relationship with their disability related needs and without the base gameplay requiring aiming with iron sights.

The longevity of Halo multiplayer is evident in its active online community that remains vibrant two years after Halo 4’s release. In fact, players remain on Halo 3’s servers for a game that released in 2007. The longevity is not due to happenstance. An often unremarked aspect of a game in its reviews or coverage is its community management. In our current era of social media, players have more options than ever for directly contacting favorite video game developers. 343 Industries’ handling of Halo 4’s multiplayer is a testament to the power of a developer active within its fan base. For fans, halowaypoint.com and @HaloWaypoint on Twitter are forums where fans’ comments, artwork, leaderboard spots, and overall wish lists are showcased to the entire community. 343 Industries staff drops into multiplayer matches, weekly contests are announced, new Xbox avatar skins are revealed, requests for help or clarification receives responses, and more. The responsiveness of 343 Industries’ community managers keeps the fans coming back to the game.

For disabled gamers, the responsiveness is an assurance that requests for video game accessibility is heard. 343 Industries is listening to player feedback. No conversation with a game developer is guaranteed to result in changed gameplay but knowing that disability related requests or comments are seen, and even responded to at times, builds the trust between the developer and disabled gamers that change to benefit both parties are possible.

Multiplayer remains an evolving gaming genre and continues undergoing refinement. Halo as a system seller brought and defined multiplayer for consoles. Disabilities are often accompanied with isolation. We put conscious effort into equal access for school or work environments but similar structures do not traditionally exist for socialization. From an inability to visit a peer’s house after work hours due to the lack of wheelchair accessibility to difficulty with participating in a verbal conversation with more than one person to requiring the limited hours of a disability related aid or transportation, disability commonly isolates us from our peers. Multiplayer brings us together with all other gamers from the accessible location of our living room. The common experience of a well-placed grenade while flying across the map in a gravity well or a successful team effort against the opposing team’s coordinated assault gives us as disabled gamers equal access to our gaming friends. The Halo franchise’s classic Forge mode allows us to create maps around our disability related needs for use with our online friends.