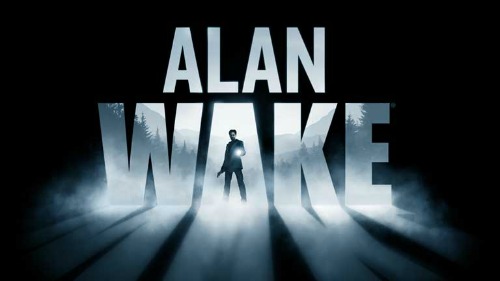 Alan Wake is an atmosphere. Darkness creeps over the light, a rolling fog obscures the surroundings, and a light shines in the far distance. Alan Wake, the protagonist, is a writer who is armed with only a flashlight, guns with scarce ammunition and limited running capacity against shadows that possess humans and farm equipment. The experience is terrifying.

Alan Wake released on the Xbox 360 in April 2010 after a long five year development. In the following months, two DLC launched continuing the story. The Signal in July 2010 and The Writer in October 2010. Fans clamored for more and the downloadable, Alan Wake’s American Nightmare, released in February 2012. Remedy Entertainment moved onto development for Quantum Break, an unreleased Xbox One exclusive, but fans still remember their time spent with Alan Wake.

The Alan Wake franchise is a horror story that turns the mundane frightening with a unique twist on the use of light in a video game. The enshrouding darkness is fought back with light from flashlights to street lights to search lights. The franchise brought a story-driven exclusive IP to the Xbox 360 that spawned excitement for Remedy Entertainment’s ongoing exploration of interplay between television and gaming within the upcoming Xbox One exclusive, Quantum Break.

Alan Wake focuses on visuals to convey the horror that exists within the dark and a byproduct of this game design philosophy is gameplay that is particularly accessible for deaf and hard of hearing gamers. The horror genre often has a difficult relationship with the deaf and hard of hearing due to a scary atmosphere reliant on spooky noises with no visual identifier. For example, while I scare easily, as a deaf gamer, I simultaneously struggle with understanding what is occurring onscreen due to frights that are often dependent on sounds emitting from the dark. Subsequent deaths feel cheap because I cannot use the audio for the telltale warning signs of dragging footsteps, ghastly moaning, and the like. The only such instance in Alan Wake that sent me back to previous checkpoints was my inability to use the caws of the crows for discerning the direction of the flock’s oncoming attack.

The Alan Wake franchise gave me a visual fright fest that I could not stop playing.

Exploration is built on a player controlled flashlight beam slowly illuminating the environments while accompanying audio cues are visualized. Gameplay mechanics that are typically communicated in audio are given visual cues to further development of the surrounding terror. A sudden fog signals nearby enemies, enemies’ disembodied voices repeating inane phrases (“Omega 3 fatty acids are good for your heart!”) are subtitled, and oftentimes the cinematic camera zooms to show the location of encroaching enemies. When overwhelmed by axe wielding shadows or possessed farm equipment, the failsafe solution to “run towards the light” provided a clear visual marker.

The side quests that rounded out the main story were similarly based on visual cues that conveyed the horror of Alan Wake’s story. Manuscript pages are a collectible that depicted either recently played or upcoming scenes but with a writer’s flair. The text gave me a rare understanding of the scenes, akin to text based games, that filled in any subtext conveyed in audio cues that I otherwise missed. At times, the manuscripts completed gaps due to no audio cues included in the game’s subtitles. For example, my frustration with the crows was validated by the accompanying manuscript that read, “I heard them before I saw them, swopping down from the sky and screeching as they came.” The text based augmentation of a modern day video game gave me access to sound design subtleties that I most often miss.

Other narrative based collectibles were television and radio shows that were subtitled. The television shows interjected live actors who blended seamlessly into the video game world in the show Night Springs, akin to the Twilight Zone. Alan Wake is a third person game resulting a meta-experience of the player watching Alan watch television. In fact, the humorously most jarring aspect of the live action television was watching television shows with the subtitles on my television screen rather than as closed caption text on the in-game television screen airing the shows.

On a personal note, the game’s radio shows gave me access to the radio for the span of a video game. Due to the nature of my deafness, my hearing permanently erodes over time. Years ago I lost my ability to understand the radio no matter how high I cranked the speakers. The in-game radio show accompanied with subtitles gave me back the radio in a way that I didn’t realize that I missed.

At the same time, due to the sometimes conflicting needs of disabilities, the heavy use of visuals which benefits deaf and hard of hearing gamers presents a largely inaccessible experience for gamers with visual disabilities. While the dialogue and optional narrative add-ons such as the manuscript pages, the television programs and the radio shows are fully voiced, the gameplay centers on navigating in the perpetual dark against shifting shadows. The contrast is stark between the light and dark but much time is spent traversing nighttime environments and flashlight batteries must be conserved.

For fine motor disabilities, the light/dark gameplay requires two handed gameplay for pressing the left trigger to weaken the Taken, the human shadows, and possessed inanimate objects with light while aiming with right analog stick and firing with the right trigger. Crowd control weapons are available – flares, flare guns, and flash bang grenades – but are rare pickups. The cinematic mechanic that often but not always zoomed to show the location of oncoming enemies assists all disabilities with quickly understanding the enemy locations whether the disability related need is to maximize controller use with the fewest movements as well as assistance with difficulty seeing or hearing the oncoming enemies.

In the Alan Wake franchise Remedy Entertainment reinvented the horror gaming genre with core gameplay that is particularly accessible to deaf and hard of hearing gamers. The accessibility is a byproduct of a unique game mechanic. However, purposeful accessibility that enhances the gameplay’s inherent strengths creates intentional accessible gaming which allows for accessible design in future games when possible.

Remedy Entertainment’s focus on unique gameplay mechanics opened up the horror genre to deaf and hard of hearing gamers. The ongoing evolution of the gameplay in Quantum Break brings the promise of accessible gameplay to the Xbox One.