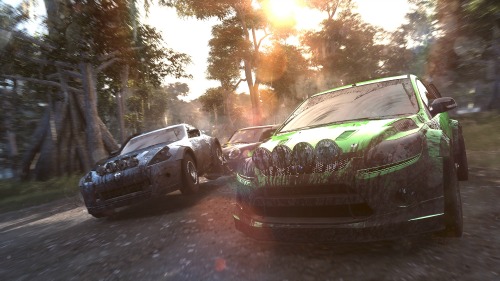 Ubisoft announced that The Crew is launching in fall 2014 on the Xbox One, Playstation 4, and PC. The Crew was originally delayed from an early 2014 release.

The Crew is a racing MMO that takes place in a virtual open world of the United States. A newly released gameplay trailer showcases how four cars work together as a crew to either work with or against other crews. The trailer is available here.

Two preorder options are available for the Xbox One and Playstation 4. The Limited Edition provides early access to the BMW Z4 sDrive35is, Mini Cooper S, and Dodge Ram SRT-10 along with the cars’ customization options. 10,000 bonus Crew Credits are also included.

The Muscle Edition, a GameStop preorder exclusive, includes the Limited Edition’s content as well as a 2015 Ford Mustang GT.

After The Crew’s delay not much more information other than what was released at 2013’s E3 is known about the game including disability accessibility questions such as if the controllers are remappable, how players communicate within crews, and the latest design of the user interface for assessing easy readability.

However, for disabled gamers interested in preordering The Crew, the preorder bonuses of early access to multiple cars and instant Crew Credits gives disabled gamers more options upfront for gameplay that meets their disability related needs.