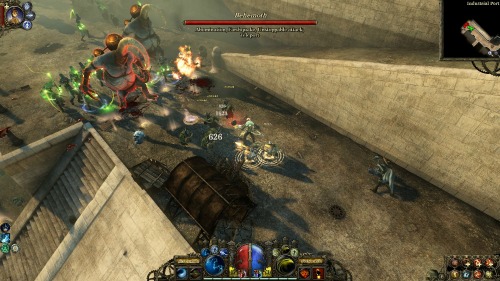 New DLC is now available for The Incredible Adventures Of Van Helsing, a game developed by NeocoreGames which is based in Budapest, Hungary.

The DLC, Van Helsing: Arcane Mechanic, presents a new specialist class where in a world based on fantasy lore, the scientist reigns with devices, gadgets, and machinery using poison, fire, explosives, and traps. With this character class, science beats brute force and magic. The DLC is available on Steam for $3.99 and the base game, The Incredible Adventures Of Van Helsing, is priced at $14.99 with other DLC available as well. The previously released DLC is, Van Helsing: Thaumaturge which provides a specialist class focused on magical abilities and Van Helsing: Blue Bloodwhich grants new skills for Van Helsing’s ghost companion, Lady Katarina.

The Incredible Adventures Of Van Helsing is an isometric RPG action game released on May 22, 2013 and currently has an average Metascore of 72. The base game release only included one class with player options for skills and perks that customized play styles. The DLC now provides class choices.

More options for customizing play styles that meet disability related needs is always good news for accessibility concerns. In trailer footage, real-time subtitles follow characters in text above their heads, but the game’s opening cut scene is not subtitled. Icons represent a variety of details, but menu text may be difficult to discern. As an action based game with multiple combat options, players can seemingly experiment with many play styles against the monster hordes.