Ten Things Developers Need to Do to Make Games Accessible 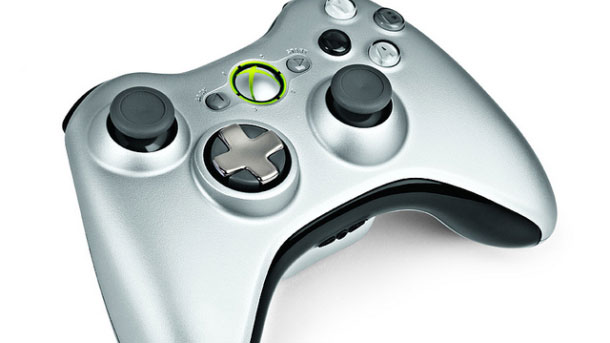 In my last article, I talked about what game accessibility is and what it means to me as a disabled gamer. The next step is to address how to make it a reality. To that end, I’ve come up with 10 ways that game developers can make games more accessible – without compromising the experience for everyone else.

No serious disabled gamer would advocate forcing accessibility standards on the broader gaming population. Game accessibility should be an option in every game, but not the only choice, since most gamers are not disabled.

Quick Time events have been met with mixed reaction from the larger gaming community. Some gamers like the way that they add to the story. Some think that they are an unnecessary distraction. Regardless, game developers need to rethink the way they execute QTEs, as these are a major stumbling block for a large part of the disabled community. Game developers need to decide if quick time events actually add to a game. If they decide to keep using QTEs, game developers must include an accessibility option that either allows them to be turned off or to be put on auto-pilot.

A game should never be inaccessible because a player can’t reach a particular button. If games are to become accessible, developers must allow for extensive and thorough customization of controls. Fully mappable controls would ensure that every game could have an accessible controller layout. At the very least, every game should have an extensive list of preset controller options that encompass a variety of stick and button layouts.

It would be unrealistic to expect the industry to completely reverse motion control. However, the fact is, the technology that is being used to make games more accessible to people who have not previously played games is inadvertently excluding a large portion of the disabled community. Game developers should reevaluate the value of motion control gaming in this light. There is no problem in creating a new game that is totally motion controlled. The problem arises when, for example, disabled gamers who are Zelda fans cannot play the newest installment because it requires motion control. There is no reason why games that were previously fully accessible should have sequels that are inaccessible, even if the game only has a small amount of motion control.

5. Include Subtitles throughout the Game

Subtitles are one of the easiest of game fixes. In fact, many non-disabled gamers choose to enable subtitles during quieter portions of a game. Game developers need to make sure that they not only include a subtitle option in the game, but when they include subtitles, to ensure that they run throughout the entire game – even for overheard conversations.

6. Include a Colorblind Mode

There are many different types of colorblindness, but their effect in games is often very similar. Most colorblind disabled gamers seem to have challenges in single-player when certain elements in a game are all similar shades of colors, and in multiplayer because they cannot tell the difference between their team members and their enemies. Game developers should make a concerted effort to include a mode in which important elements are obvious and in which multiplayer teams have distinct differences. This could be as simple as removing names from enemy team players and putting prominent arrows over important elements.

7. Make Sure That Text is Readable

There is no excuse for unreadable text in a game, and it is a struggle that affects regular gamers as well as those with sight disabilities. All games should have text that is large enough to read from several feet away. If possible, games should have adjustable font sizes to suit different player’s needs.

8. Approach the Next-Generation of Consoles with Accessibility in Mind

The three major console manufacturers have the unique opportunity, if they pay attention now, to create the next generation of systems with accessibility in mind. They can create systems that eliminate many problems concerning gaming accessibility. For example, instead of pressuring game developers to include fully remappable controls, what if the next-generation of consoles included the option to remap and store controller profiles on the fly, regardless of the game being played? That way, no matter whether a gamer is disabled or not, they can have a controller layout that is comfortable for their own preferences.

9. Realize that Gaming Accessibility Should Be Just as Important as Fair Multiplayer Experiences

Multiplayer is one of the most important areas of game accessibility. Developers need to realize that in addition to concerns regarding cheating, there should also be concern that anybody should have the same opportunity to play. Developers need to create multiplayer experiences that offer varied enough roles so that a disabled player can always fill a role competently, like the medic or engineer in Team Fortress 2. Or, they need to reevaluate their definition of cheating and realize that the custom modified controllers that can get you banned from certain games are sometimes the only way for a disabled player to have the same chance as everyone else to excel at the game.

10. Listen to the Disabled Community

Certain studies indicate that 20 million American gamers have substantial disabilities. That is a sizable market. If game developers got into the habit of listening to those in the disabled community, they would end up with an ongoing dialogue that would not only make their games more accessible, but would also make them more popular in the broader disabled community, thereby helping their bottom line.