Tales Of Zestiria Releasing Globally In 2015 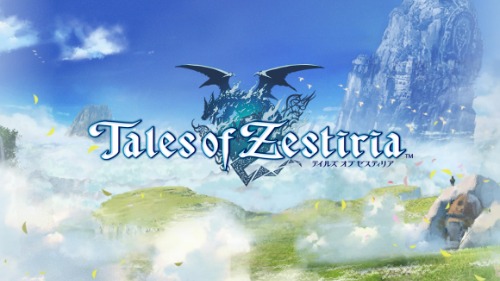 In celebration of the 20th anniversary of the Tales Of RPG franchise from Namco Bandai Studios Inc., the newly announced Tales Of Zestiria will be released in 2015 on the Playstation 3 globally, including North and South America.

Makoto Yoshizumi, Tales Of Chief Producer at Namco Bandai Games Inc. stated, “In recent years we have received anticipation for the series not only from Japan, but from overseas fans as well. Because of this I feel that the Tales Of series has more potential than ever before. For this reason we are taking this opportunity to announce Tales Of Zestiria as a worldwide title.”

Tales Of Zestiria returns the series to a fantasy setting and features all four series desginers – Mutsumi Inomata, Kosuke Fujishima, Daigo Okumura, and Minoru Iwamoto – designing characters. Additionally, Ufotable, Inc., is returning to the series for the animated cut scenes and opening movie.

Hideo Baa, Tales Of series producer at Namco Bandai Studios remarked, “Over the past few years the Tales Of team has taken great strides to strengthen our relationship with players across North America and Europe. To respond to their love and support I am honored to open a new chapter of the Tales Of series together with Japanese and overseas fans.”

Previously, Namco Bandai Studios Inc. announced Western countries would receive a 2013 release of Tales Of Xilia as well as 2014 releases for Tales Of Symphonia Chronicles and Tales Of Xilia 2. The popularity of the Tales Of series amongst Western RPG fans has only grown. These Tales Of titles are Playstation 3 releases.

Disabled gamers who are fans of the Tales Of franchise can celebrate as well with the opportunity to play the game at its original release rather than a wait for a separate Western release. RPGs are traditionally an accessible genre due to features like subtitles for extensive dialogue, variations on turn-based combat and party systems which provide combat assistance but require strategy, and clear and detailed visuals. Additionally, as a Playstation 3 release, disabled gamers who do not upgrade to the Playstation 4 due to accessibility concerns will have access to the localized Tales Of titles into 2015.