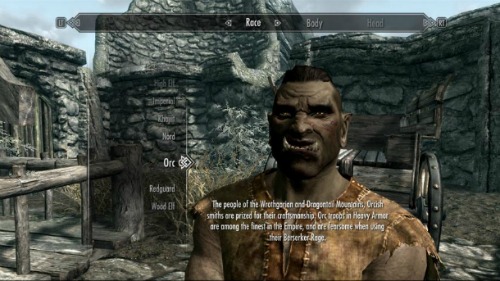 A lot of times at DAGERS, we talk about how one or two poor design choices can completely ruin the accessibility of a particular game. For example, if a game doesn’t have subtitles, there’s little chance that it will be accessible to the hearing impaired. But this is a two-way street. Here is a list of six popular game mechanics that make any game more accessible to disabled gamers.

Popular in RPGs, the save anywhere mechanic is great for all types of disabled gamers, because it allows them to avoid retreading massive amounts of ground when they keep dying at a particular spot. For example, if you are having problems defeating a bloater in The Last of Us, it’s very helpful that players can save the game not only right before they enter the area where the problem enemy is, but also in mid-battle if they need to, ensuring that no matter where they are, they are never far away from being able to start over and correct their mistakes. Conversely, if they have a particularly strong opening against an opponent, they can save mid-engagement, and therefore continue to reap the benefits of this strategy even if their initial attempt using it fails.

Open World
Anyone who has played Skyrim knows the benefits of an open world. But you may not know that the benefit that you get from being able to pick from hundreds of quests goes double for most disabled gamers. For example, in this particular title, if you get stuck on a quest with enemies that are too fast, too strong, etc., players almost always have the option to abandon it (at least temporarily) and go work on something more forgiving or easy. As a result, disabled players playing open world games should never feel stuck. They always have choices about what to do and where to go, which means they can hand pick only the tasks that are most accessible to them.

Settings Adjustable At-Will
I really don’t want to reference The Last of Us again, but it’s the only game in recent memory that does this. The fact of the matter is I was able to advance all the way through it because it had the option to turn on automatic aiming and scale the difficulty down whenever needed. As a result, I never felt stuck. I knew there was always a set of options that I could manipulate even in the middle of a boss fight that would make the game easier simply by pushing a button. Scalable difficult works the same way. In games like Injustice: Gods among Us, the fact that battles get easier the more times they are lost means that literally anyone should be able to progress through the single player campaign and ladder with nothing more than just a little bit of patience.

Character Customization
Another staple of open world RPGs, character customization is one of the single most helpful elements towards making a game accessible. At a very basic level, games with extensive character customization allow many disabled players more control over their digital characters than they may have over their physical bodies. But if the customization goes beyond the physical appearance, the accessibility becomes greater. If players have the option what type of character they want to build (slow and strong, fast and agile) they will be able to play with a character that capitalizes their own strengths as a player and minimizes their weaknesses. For example, in Deus Ex: Human Revolution, if players have difficulty keeping up with the head-on gun battles, they can turn Adam Jensen into the ultimate stealth killer, and thereby completely avoid most of these sequences. Conversely, if for some reason they can’t handle stealth, there are a plethora of options that turn Jensen into a tank-like character, such as extra health, reduced gun recoil, etc. But the ability to choose means that players will be able to tailor their character directly to their needs.

Stealth
Stealth can make any game more accessible for two reasons. First, it removes the possibility of any time-based mechanics. For example, you can’t focus on stealthily executing guards in Dishonored if you are also worried about doors with time limits or timed areas in which to complete challenges. If a game is a true stealth game, it won’t have anything like this that has a time limit. Secondly, because stealth awards thinking and planning, it not only allows but encourages players to slow down and think through their actions before they execute them. This is a feature that many disabled gamers could use in every game, not just stealth based games. But for some reason, it can only be found in games that emphasize this mechanic.

Turn-Based Mechanic
By far, the one mechanic that is virtually guaranteed to remove any barriers in the game is the turn-based mechanic. This is not only because, like stealth, it removes any time requirements, but also because most turn based games are executed by navigating menus to select commands. Probably the most prominent example of this is the Pokémon series. Because all of the battling is executed by selecting which moves you want from a list, players can advance though the entire game with the use of a single finger. Unfortunately, this level of accessibility is only available in turn-based games and even then is not always guaranteed.