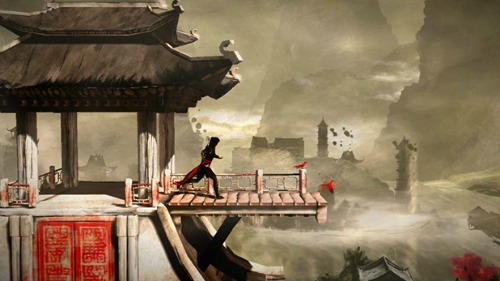 Assassin’s Creed Unity is receiving a Season Pass. The Season Pass retails for $29.99 and includes all DLC for the game which is slated to release in totality by early 2015.

Dead Kings is a post-game story that returns to Saint Denis after the events of Assassin’s Creed Unity. The site of the tombs of French royalty were destroyed by the French Revolution and Arno returns in a mission exploring the underground tunnels. The Guillotine Gun gives Arno explosive rounds as he hunts the Raider faction hidden within the catacombs. The mission is billed as the darkest story in the Assassin’s Creed franchise. Additionally, three new missions will be available within Assassin’s Creed Unity – The American Prisoner, Killed By Science, and The Chemical Revolution. Rounding out the content for Assassin’s Creed Unity are 30 new outfits, skills, and weapons for building the preferred load out.

The biggest surprise is the announcement and inclusion of Assassin’s Creed Chronicles: China, a new downloadable Assassin’s Creed game set in 16th century China. Shao Jun, trained by Ezio Auditore, journeys to Beijing seeking revenge. The 2.5D game combines freerunning with combat that features martial art based attacks and stealthy takedowns from the shadows. True to the franchise Shao Jun explores historical landmarks from the Great Wall of Chine to the Forbidden City as well as encounters as of yet unnamed historical figures.

Season Pass preorders are not necessarily accessible for disabled gamers because a season pass preorder is purchasing additional content for an unreleased and unexperienced game. The inclusion of a preorder content for an additional weapon that provides more load out options is an incentive to preorder. But with 30 new items already provided disabled gamers will have multiple options for creating a load out that meets their individual disability related gaming needs if disabled gamers choose to buy the additional content after firsthand experience with the base game. Additionally, Assassin’s Creed Chronicles: China has the potential to be an accessible game as a 2.5D game that supports both direct combat and stealth gameplay.