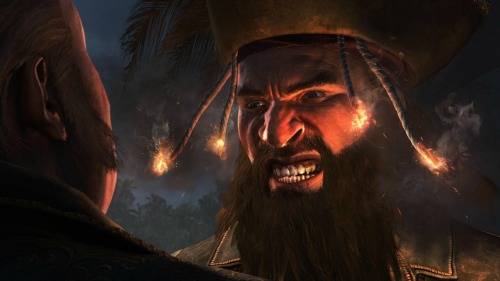 The first episode about the famed pirate and a featured character in the game, Charles Vane, was aired on VICE.com on October 10 and remains posted for viewing here. The remaining two episodes showcase the well-known pirates, Blackbeard and Calico Jack, and the episodes will be available on October 17 and October 24, 2013 respectively.

VICE’s, Will Kiersky, hosts the film series and explores the infamous pirate captains by looking past the well-known myths into the historical setting of the time period from weapons, alcohol, underwater exploration as well as life on and off the ship such as the street life that fueled the pirates’ notoriety. Rum, Guns, and Gallows considers the modern day ramifications of the violent era with a look at the Caribbean and U.S. territories, from Jamaica to Florida, where fugitive sailors turned to piracy. Tony Key, senior vice president for Sales and Marketing for Ubisoft remarked on the series stating, “Just like what we’re attempting to do with Assassin’s Creed IV Black Flag , it is important – and oftentimes more engrossing – to know what really happened during that time period.”

Colin Woodard, author of The Republic of Pirates who was an expert consultant for the game lends his expertise to the video series considering each captain’s motivations, adventures, and ultimately the circumstances that led to their downfall and demise.

Cross promotional efforts provide a welcome exploration of new facets of a video game. Certainly, in the Assassin’s Creed franchise the tongue-in-cheek database entries providing additional historical background are funnier with a base understanding of the historical events. Unfortunately, as is the case with most web series and internet videos, Rum, Guns, and Gallows is not captioned or subtitled. While such additions are an added cost, we hope that Ubisoft as a game publisher and developer will consider providing such features to its promotional materials both created in-house and by partners, especially for critically acclaimed and financially successful franchises such as Assassin’s Creed.