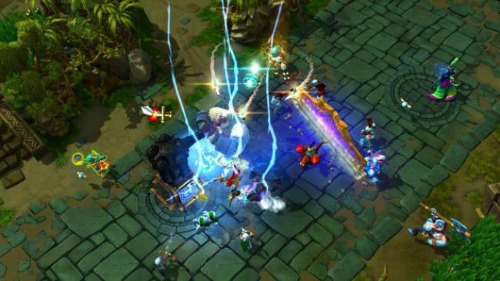 Razer, a software and systems developer, and S2 Games, an independent game developer, are partnering for the development of Strife, a multiplayer online battle arena (MOBA) game.

Razer’s dedicated indie game support through their Indie Development program underscores a gaming landscape with a variety of platforms garnering exclusive games, or at least exclusive access for a mode or timed exclusivity, with programs aimed at indie game developers. In the upcoming new console generation showdown, Microsoft and Sony are continually advertising their friendly indie game policies. Regarding Razer’s commitment to bolstering indie game developers, Min-Liang Tan, Razer co-founder, CEO and creative director, declared, “We support all things gaming at Razer, and independent developers play a huge role in creating the landscape that fans around the world enjoy.”

Both PC gaming and the MOBA genre are traditionally associated with overall gaming accessibility largely due to customization options. PC gaming often allows players to customize their keyboard and mouse controller such as with hotkeys. MOBA games feature a wide variety of heroes with unique combat abilities allowing disabled gamers the opportunity for playing with their preferred combat type that addresses their disability related needs. The partnership between Razer and S2 Games potentially will create a game accessible for disabled gamers who enjoy the MOBA genre or who are seeking a game with a particular wide variety of combat options that is controlled with the players preferred button locations.

Are you a PC gamer? What is your preferred PC company?

Are you a MOBA player? What is your preferred combat style?