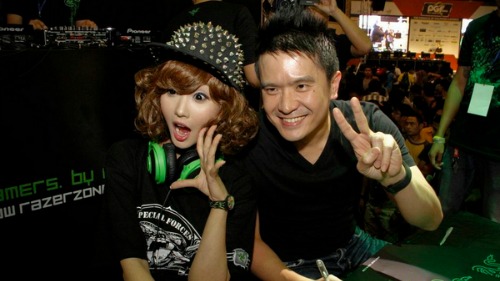 Razer donated $10,000 to the Philippine Red Cross in response to Filipino gamers at the Pinoy Gaming Festival who raised $5,850 towards a $10,000 goal in support of the survivors of an October 15, 2013, earthquake in Central Visayas.

Min-Liang Tan, Razer co-founder, CEO, and creative director committed 100% of apparel sales proceeds at the Pinoy Gaming Festival as a way to give back during his first official visit to the Philippines. The funds raised will assist the Philippine Red Cross with their relief operation in the wake of the devastating earthquake.

Said Tan, “I applaud the gamers in the Philippines who stepped-up and contributed to this cause. They have definitely defied the stay-at-home gamer stereotype and played a significant role during this time of disaster…We sold out of many popular apparel designs and sizes on the first day and I am positive that we could have raised more otherwise.”

To bolster the fundraising efforts, Razer welcomed the help of Alodia, the Philippine’s Queen of Cosplay, who appeared on stage during the Pinoy Gaming Festival as well as her sister, Ashley, who performed with her band.

Alodia remarked, “The recent earthquake has made me realize that there are many gamers in the Philippines who are willing to do their part to help those in need. My sister and I are deeply inspired by their incredible spirit and we are proud to be part of Razer’s initiative.”