Rayman Legends Coming to Playstation 4 And Xbox One 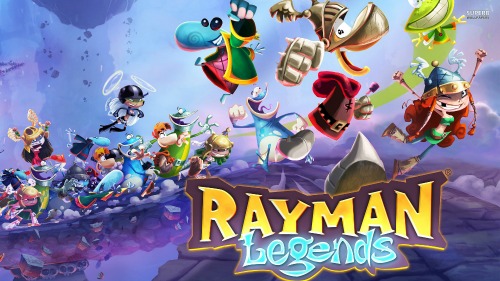 Rayman Legends is a sequel to the 2012 release, Rayman Origins. In Rayman Legends, Rayman and Globox must restore order after their 100 year nap permitted nightmares into the Glade of Dreams. Alongside the franchise’s platforming gameplay are new music and rhythm based levels. The game was built in an advanced UbiArt engine that improved the lighting system and game rendering in order to better showcase the game’s unique art style.

Other than the next generation editions upgrading graphics and reducing loading times between maps, exclusive cosmetic and gameplay content is added as well. The exclusive costumes intermix multiple Ubisoft game franchises with the Xbox One exclusive costumes for Rayman and Globox including Splinter Ray, Ray Vaas, and Globox Vaas, while the PlayStation 4 will feature Assassin Ray.  Funky Ray will be available for purchase with Uplay points.

Additionally, exclusive gameplay features include ten challenges on the Xbox One that are accompanied with new time-limited Achievements. The PlayStation 4 will take advantage of the controller’s touchpad for gameplay actions such as scratching Lucky Tickets along with using the Share button to feature players’ screenshots and videos. The PlayStation Vita will continue its cross platform support with the PlayStation 4 edition of Raymond Legends providing the opportunity to play on the Vita’s screen rather than on the console’s television.

In anticipation of the upcoming release, a browser-based PC demo of Rayman Legends is now available online, featuring three different levels including Teensies in Trouble, Toad Story, and the musical map Castle Rock. The demo is playable with a mouse and keyboard or an Xbox 360 controller. The demo is available here.

See DAGERS previous disability game review of Rayman Legends here. Disabled gamers with fine motor disabilities should note that the platforming requires some precision and timing as well as the new use of the PlayStation 4’s touchpad for gameplay. But the free demo available gives disabled gamers the opportunity to assess their individual experience with the game before buying.