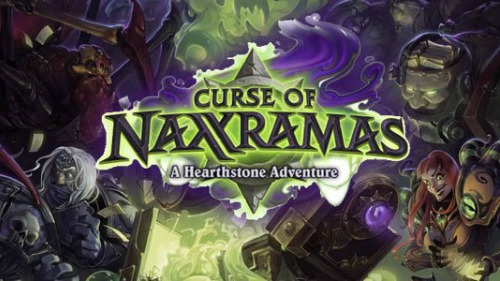 Blizzard announced the pricing structure and revealed Heroic Mode for the upcoming Curse of Naxxramas: A Hearthstone Adventure, the single player campaign for the free to play card game Hearthstone.

Curse of Naxxramas will release, on an unspecified date, with a month long launch event. The single player content consists of five wings which will be released weekly over the course of five weeks in the following order: Arachnid Quarter, Plague Quarter, Military Quarter, Construct Quarter, and Frosywyrm Lair. The content can be purchased all at once with an all access pass or individually but the all access pass doesn’t unlock unreleased wings any earlier.

Players who participate in the launch event will get the first wing, Arachnid Quarter, for free. The Arachnid Quarter features three bosses – Anub’Rekhan, Grand Widow Faerlina, and Maexxna – and defeating the bosses awards the player with new cards.

Blizzard’s Hearthstone is a largely accessible gameplay experience for disabled gamers. See DAGERS’ review here. The pricing structure of its single player content continues its video game accessibility by not pricing out disabled players who choose not to spend real world cash on the game. The first wing’s month long giveaway allows all disabled players firsthand experience of the single player content and the 700 in-game gold cost of each wing is an attainable goal. Players can begin hoarding gold in anticipation of the Curse of Naxxramas’ launch, grab the first wing for free, and continue saving gold while waiting a week for the second wing to release.