News: Hero of the Kingdom Available on Steam 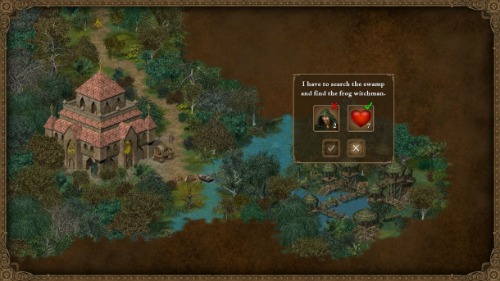 The Steam point-and-click RPG that tasks you with saving your father and conquering the kingdom is available for purchase today.

A product of Steam Greenlight, Hero of the Kingdom is a medieval role playing game that gives you the god-perspective of an RTS, but you play as a peasant whose father has been kidnapped. You have to go throughout the world completing tasks, earning gold, saving your father, and eventually conquering the kingdom. From an accessibility standpoint, the game touts easy to use controls and the fact that it is “classic RPG gaming at its best.” This hype seems to be well deserved, since the videos and screen shots released this morning seem to indicate that the game is accessible for all players because of its simple point-and-click controls, graphical execution, and reliance on clear, easy to read text rather than sound.