NetherRealm Studios Patches Accessibility Mode Into Injustice: Gods Among Us 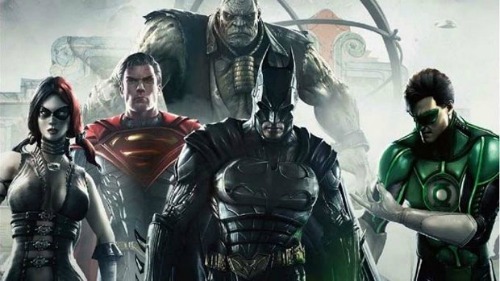 Oftentimes a video game releases, and (whether on day one or months later) the game is updated and patched by the developer. Sometimes these updates benefit disabled gamers, such as by adding remappable keys or a colorblind mode.  NetherRealm Studios set a new standard for responding to disabled gamers with an update for Injustice: Gods Among Us that added “Accessibility Mode” as an available setting.

Following the game’s release, NetherRealm Studios responded to requests from the visually disabled for more audio cues. The resulting update was Accessibility Mode, which is located under Settings, Gameplay Settings. Accessibility Mode may be toggled on or off.

Accessibility Mode enables audio cues for the onscreen interactive objects and stage transitions located within the fighting arenas. The objects are in no way differentiated in the overall environment, thus requiring players to visually recognize that a hanging chain alongside a statue of a lion’s head will cause the statue to spout fire when pulled in the Themyscira arena. With Accessibility Mode, the game audibly signals when the player is alongside an interactive object, with a lower pitch for player one and a higher pitch player two. The sound cues play simultaneously if both players are near the interactive object.

The inclusion of Accessibility Mode is a sudden and appreciated surprise in the setup menu. Disabled gamers’ initial experience with a new game is often a search in the setup menus for necessary features that accommodate disability related needs. The features are used by disabled and able bodied gamers alike, but the lack of uniformity in setup menus results in searching and hoping for needed features. The simple term “Accessibility Mode” is a quiet statement, an acknowledgement, of disabled gamers’ need for features that allow not for an experience that is “more than” gaming, but for an experience that puts disabled gamers on an equal footing with their able bodied peers.

In short, Mr. Vasquez gradually lost his eyesight over several years and now he undertakes a series of out-of-game tasks to meet his disability related needs in order to master fighting games.

After he memorizes the game’s sound cues, he fills-in the information that is not provided audibly. For example, he reads the move list out-of-game because he cannot read the in-game menus. Accessibility Mode is a solution for one missing sound cue. Mr. Vasquez finds alternative solutions himself for instances in which the game does not include his needed audio features.

Once enabled, Accessibility Mode remains on at all times, and was specifically designed for use in high-level competitive matches between a blind and sighted player.

Mr. Vasquez kindly agreed to speak with DAGERS and answer a few questions about his use of Accessibility Mode in Injustice: Gods Among Us.

Based on your interview with NetherRealm, you go to great lengths for playing Mortal Kombat and Injustice: Gods Among Us. What inspires you to maintain the dedication to play these games?

It’s simply my dedication to things I enjoy. When I become a fan of something, I become dedicated. Also, the fact that there is competition inspires me to practice in order to become able to face players who are better than me. I enjoy competition. Plus tournaments help me to interact with other fans of these games. Finally, it’s a way to show support to NRS [NetherRealm Studios] games as a way to thank them for listening to my suggestion when I attended Evolution 2013.

Who is your favorite Injustice: Gods Among Us character?

Since Scorpion is in this game, he’s my favorite character. Now if I was asked who is my favorite DC character, I would say Green Lantern.

Getting the chance to meet the creator of Mortal Kombat Ed Boon and former NRS member Hector Sanches at Evolution 2013 was a great experience. Simply put, they were down to earth and interacted with everyone present at the tournament. Due to NRS’ direct interaction with the community, I was able to bring my concern about Injustice regarding interactables. After my Mortal Kombat matches, I was approached by Hector Sanches to discuss how I went about playing their games, so we chatted for a little while about how I go about learning to play. When I was asked what were some of the barriers that I have encountered playing, that was when I brought up the interactable disadvantage in Injustice and suggested that a sound cue would definitely help a blind player identify objects around the arenas during a match. I was told that my suggestion would definitely be notified, but that they could not promise anything. And so I stated that the fact that they considered this suggestion showed that they were clearly listening, and if it didn’t happen it would be understandable.

Before Evo, however, I brought this issue on Twitter and my friend James Fink, who was the person who made it possible for me to attend the tournament began to exchange messages with me. Since he knows several of the NRS staff more directly, he got in contact with them about my concern; thus NRS already had an idea of what a certain MK and Injustice blind player was asking for and to look for him at the event.

How did you find out that your suggestion resulted in Accessibility Mode?

When the official Injustice Twitter and other NRS members tweeted that the latest patch for Injustice was released, I immediately went to the patch notes to read about changes for various characters since the patch was initially intended for tournament players who asked for character balance for the game and to fix bugs or glitches as well, i.e. general changes. In the general changes section, it was noted that one can now activate sound cues for interactables in the game settings, and that this feature was off by default, suggesting that it was optional.

Do you have any advice for disabled gamers on how to approach video game developers with requests for an accessible feature?

I think the way to go about it is by being active in the gaming community, so that the developers can see your interest in the games. It seems now that there are disabled gamers of all types, including the blind. We just need to come out more to show developers that there’s great potential in making their games to accommodate us as well.

As far as approaching developers, the best way to do so is by being considerate of the requests we make. It seems that these decisions, even if small have to go through a lot in order to be finalized, so sometimes we don’t get what we want. But as I said before, even if they consider it, it shows that they’re at least thinking about it. If we were to request or suggest ideas in an aggressive manner, it may turn developers away from even attempting to make their games accessible. The fact that there is a feature known as Accessibility Mode in a mainstream game suggests that developers would likely cater to us if we approach them in a reasonable manner, as well as showing them that we support their games. Plus, this marks the first time a major studio added a feature specifically for blind players. Like with anything else, there’s always going to be someone who will be hesitant or even go as far as ignoring the issue, but if they see that you at least attempt to play their games, they may turn around and do something about it once you request accessible features.