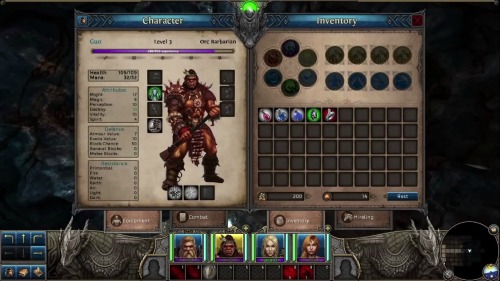 The second update for Might & Magic X Legacy Early Access includes the anticipated Modding Kit that permits players to create their own in-game content such as mods and maps.

An upcoming Maps & Mods tab on the Open Development Blog will allow players to sort through the mass of content for the best. The tab is planned for release before the end of the year.

Might & Magic X Legacy is an unreleased turn-based RPG. Players who preordered are granted early access into the game as Limbic Entertainment completes the game’s development. This open-beta style of game development was made famous by Minecraft and allows for constant communication with players and developers while the gameplay is finalized and bugs are addressed. In fact, the newly released Modding Kit allows for player-created content before the game is actually released.

Additionally, the second update includes changes based on players’ feedback. Newly added interactives include Liquid Barrels and Buff Statues. New game options are available such as deactivating barks, game messages, and floating damage numbers as well as changing the opacity for tooltips and the quest/action log. The game is now available in a Korean language version and player notes can be included on the Minimap.

Bug fixes include instances of players frozen in and out of combat, overlaps in the user interface menus, items disappearing from inventories when moved, and nonresponsive buttons and interaction icons. Limbic Entertainment alerted players that Mamushi’s ability to move diagonally and attack within the same turn is not a bug but a gameplay feature.

Due to the update, players are recommended to begin a new game due to bugs that will arise upon playing the updated game with an old save.

Player feedback during the development of a game is a crucial step for the inclusion of accessibility features at the game’s onset rather than requesting features after the game is released. Player tweaks to features such as the opacity in the user interface is an instance of possible accessible features. DAGERS hopes that any Might & Magic fan who is a disabled gamer is able to offer their feedback during this constructive criticism of the game’s beta stage. Disabled modders note that the Modding Kit requires Unity Pro that is not freeware. However, a 30 day free trial is available.