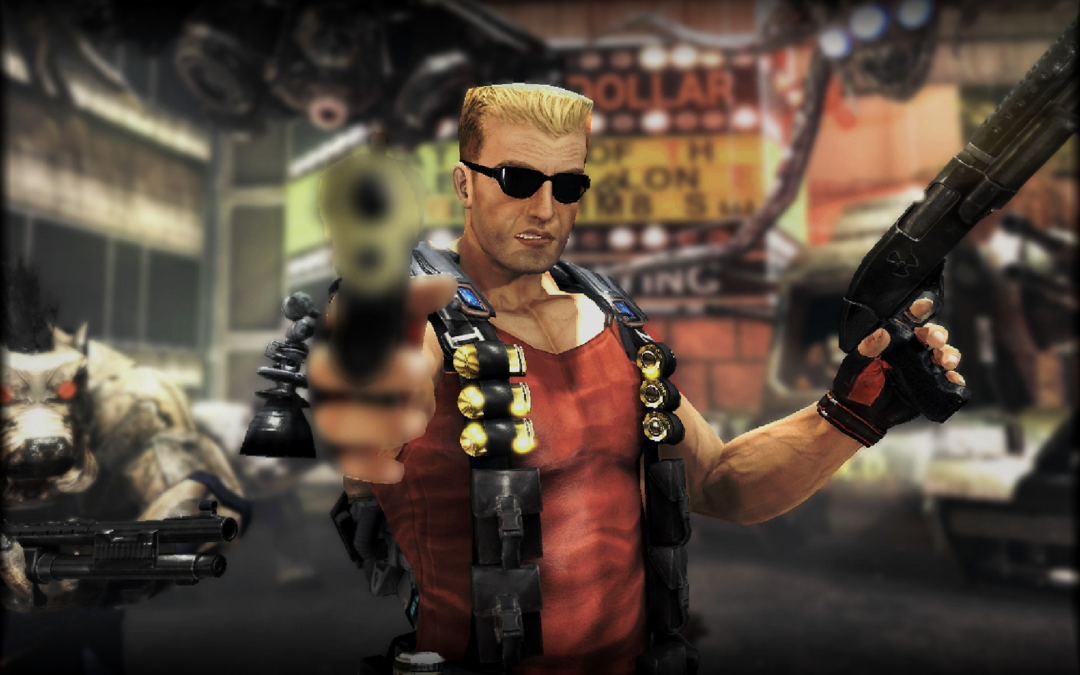 Every gamer, old or young has at least one or two games that left a mark on them. A mark which for many is proudly spoken of as the moment they truly became a gamer. for me, that game is none other then Duke Nukem 3D. While most shooters from the 90’s era have fallen into obscurity the effect that Duke Nukem had on gaming is still felt today. While Duke’s popularity may not be what it once was, he still maintains a sizeable and fervent fanbase who are constantly looking for new ways to bring The Duke into the modern gaming age. One such project is what I wish to bring to our readers’ attention.
A Steam user going by the name of Syndroid has answered every fan’s prayers and given Duke a proper return by recreating the first four stages of Duke Nukem 3D in a mod known as Serious Duke 3D. It is titled so because it is a mod of Serious Sam 3: BFE and as such must be run through Serious Sam Fusion on steam which allows it to run on the latest iteration of the Serious Sam engine. (Serious Engine 3.5) but there’s more to this mod than a shiny new coat of paint for Duke. it’s clear from the moment the mod is loaded that this project is one of passion for the developer and he wanted EVERYONE, disabled or otherwise to use it.

The mod shouldn’t be any problem at all for players with impaired motor-function as all keys are fully remappable to a player’s liking. if keys and mouse aren’t your thing, fret not, Xbox gamepads work just fine and are fully remappable as well and even include not one, but two legacy settings, something I’ve not seen since Black-Ops III. The aim-assist here is incredible and players will hit targets even when not pointing directly at them. Iron sights are available for most weapons, but are only truly required for a puzzle in level 4. At this point, PS4 controllers aren’t compatible, but that’ll be addressed in a future patch. As a bonus, the mod carries with it Serious Sam’s tourist difficulty, which enables regenerating health. As such, players will never be presented with an inability to progress due to lack of health, and thus is a barrier-free experience for fine-motor disability users.

From a visual perspective this mod is thoroughly accessible. From within the options menu, the player can adjust a plethora of visual settings, including a bright and prominent green circle that indicates exactly which enemy duke will hit when he opens fire. Apart from this, both the giant circle and your weapon’s crosshairs change color to reflect enemy health status, and pick-ups and switches both glow brightly. If there is any aspect that lets visual accessibility down, it would be that there’s no inicator letting you know you’re headed in the right direction, but this is offset by the fact that enemies attack when you are.(It is technically Serious Sam after all.) It’s even compatible with an Oculus Rift if you have Serious Sam 3: BFE VR through Fusion. Being that the mod and Serious Sam Fusion itself are still a work in progress, there are visual glitches here and there, but this is nitpicking when you consider how well it all runs and that it’s being worked by a single person.

Auditory Accessibility is barrier-free as well. the game has your typical spread of volume controls, Duke’s voice can be heard loud and clear, even over loads of gunfire. The mod works with all manner of 3.5mm headphones, for those who wish to use them. As a result of running with Serious Sam Fusion, the weapons’ sounds are enhanced and all are enjoyable to use.

I tip my hat to the Steam community member known as Syndroid. He not only managed to meld together two of my favorite FPS guilty pleasures and bring it to the current generation, but did it in a way that is accessibility friendly. if you are a fan of Duke Nukem, Serious Sam, or the FPS genre in general and have a strong enough PC to run this, you don’t want to miss out. Best of all the mod is free if you own Serious Sam 3 through Fusion on steam. Hail to the king baby.