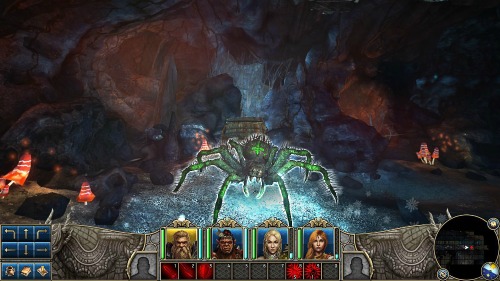 Might & Magic X – Legacy is now available on Steam for Windows PC with a standard edition costing $24.99 and a deluxe edition priced at $29.99.

The Might & Magic RPG franchise has been without a new game release for a decade. Might & Magic X – Legacy is an homage to the RPGs of the nineties and the franchise’s heyday.

In August 2013, the game was in open development that allowed early access into Act One. During the open development, the game’s developer, Limbic Entertainment, responded to community feedback for finalizing feature and content. Might & Magic X – Legacy is a single player experience with first person, turn-based gameplay. Players create and lead a party of heroes around the city of Karthal and ultimately impact the fate of the Agyn Peninsula.

The deluxe edition includes The Dream Shard which is an exclusive dungeon, the first DLC (The Falcon And The Unicorn) upon its release, and a digital soundtrack. The base game features twelve playable classes for exploring an open world of three towns and one city with various quests and dungeons. Both game editions include the modding kit.

Might & Magic X – Legacy recalls an era of video game accessibility where turn-based gameplay allowed a disabled gamer the needed time to control four adventurers with different combat strengths for questing throughout. Without voice acting, the dialogue is always readable text, and gameplay clues such as hidden passageways or nearby enemies are represented visually with icons or text. Additionally, the user interface is clean without too many menus, but the text is often small.

For disabled gamers who found the previous RPG era accessible, Might & Magic X – Legacy is a throwback to the time period.