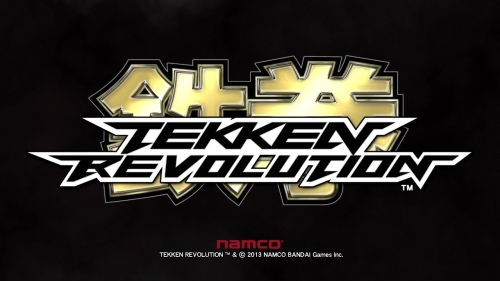 Sorry this is up so late, folks. I planned to cover Pro Evolution Soccer ’14 since that hit PS+ this week, but I never got around to actually playing it. I thought about covering SoulCalibur: Lost Swords, but that’s apparently got some issues. That got me thinking about free-to-play fighters though, and since I love the Tekken series, covering Tekken Revolution was a natural move. The core game uses Tekken Tag Tournament 2’s engine, but with a one-on-one motif instead of tag battles. The biggest change for the franchise here is that it’s completely free-to-play. There are some catches with that, but it’s still the best overall way to start off with the series if you’re new to it. Having a no-cost barrier of entry is nice for any series, and can turn someone into a long-term fan pretty quickly. It helps that the roster has expansive roster to try out as well.

Eight characters are available at the start, with more characters being unlocked at random. Doing that brings back some of the arcade vibe with the original game being well-known for having match-count unlocks. The free model allows you to check the series out at no cost – and the inclusion of a post-launch practice mode lets you play as much as you want. Outside of practice mode, you’ve got a limited amount of in-game tokens to play a match with. You can replenish this with either real money or just wait an hour to earn a new token. Mode-wise, it’s a bit lean. You get an arcade mode pitting you against eight foes, unranked, and ranked online battles. Gameplay-wise, the ability to be hit during your bounce off of the ground is gone. Like TTT 2, gameplay is really smooth. The core gameplay is about the same as it ever was – so if you’ve had fun with the series before, you’ll love it here as well. Those with issues keeping up with Tekken Tag 2’s crazy-fast pace will enjoy the return to one-on-one combat since it’s much easier to keep track of.

Revolution technically looks a lot like Tekken Tag 2, but this has a much brighter color scheme. There’s an orange hue to things, and it makes everything easier to see. The only time this isn’t really true is when you win with a big strike and the giant explosion effect can overwhelm you by filling the screen. That can be an issue for those with vision issues, as it’s a bit too much to bear. Audio-wise, the music and sound effects are pretty good – with the former being fun to listen to and latter being nice and forceful. Voice gets subtitles, and even though that’s limited to pre-fight screens, it’s still a nice touch that makes the characters’ personalities easier to understand for those with hearing problems. If you don’t have fine motor issues, the game is actually reasonably playable as long as light flashes don’t bother you. However, like with any fighting game, if you have issues with your hands, then this kind of game will not come easily to you. Luckily, it can at least be enjoyed on some level just by pressing buttons without using directional commands, but that’s less than ideal. It’s still better than not playing the game at all though.

Tekken Revolution is about as disability-friendly as the series is going to get. There’s no plot to lose track of, and that means there’s less content lost for a storyline if you’re hard of hearing. Anyone with motor skills issues will want to steer clear of any retail versions of the game, but since this game can be played to some degree without d-pad usage, it’s worth at least checking TR out for free and seeing how well you can do. The free-to-play model is quite flexible and allows you to play as much as you want for free in the practice mode, and take part in both offline and online one-on-one matches. If you’re a casual fighting game fan at best, it’s a perfect way to get acclimated to the series.