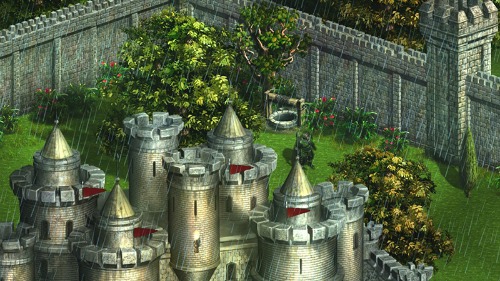 Lords Of Xulima, a turn based fantasy RPG, by Numantian Games successfully reached its Indiegogo minimum of $10,000.

As of the time of this writing, the monies raised total $10,855 with 3 days remaining in the campaign. As per the stretch goals, the next milestone is $20,000, which adds a special new enemy and quest named the Ulnalum Guardian, as well as more portraits for the player characters.

With 34 days total in the campaign, Lords Of Xulima initially raised $5,000, half of the necessary funds, in its first 10 days of crowdfunding. However, the $500 per day average dropped off and the remaining $5,000 of the $10,000 minimum was raised over roughly 20 days.

In order for Lords Of Xulima to reach its next stretch goal of $20,000 the campaign must raise a little over $9,000 over the next 4 days. This rate of funding would exceed the initial speed in which the first $5,000 was raised. Whether or not this is possible will be seen over the next 3 days. You can support Lords Of Xulima here.

Given the time consuming and costly nature of game development perhaps Lords Of Xulima’s best option is to raise just under the $20,000 stretch goal. Meeting the stretch goal at its minimum requires Numantian Games to produce hefty additional content, whereas just under $20,000 provides Numantian Games the opportunity to develop the base game with the maximum amount of funding.

Crowdfunding is a fantastic avenue for gamers to show their support of independent game developers and underrepresented gaming genres in the modern day gaming market. While disabled gamers can only assess the game’s accessibility based on the information provided of an unfinished game, the combination of a game still in development and independent game developers willing to engage in a dialogue with their supporters potentially allows for accessibility concerns to be addressed before the game is complete.

Have you supported a crowdfunded game? If so, which game?

Did you ask the game developer any accessibility related questions? If so, what concerns did you raise?