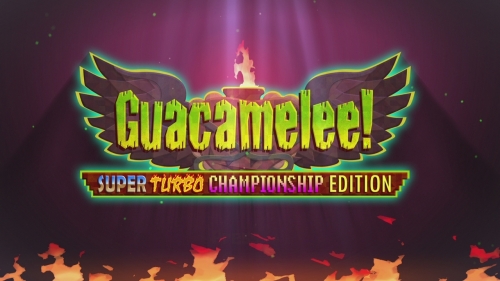 With the debut of the Xbox One’s incarnation of Games With Gold, there isn’t just the twin-stick shooter Halo Spartan Assault, there’s also the definitive edition of Guacamelee. This 2D Metroidvania game combines the colorful world of Mexican pro wrestling/Lucha Libre with the mechanics of a Metroid or post-Symphony of the Night 2D Castlevania. Juan is a failed bullfighter out to save his girlfriend from evildoers after finding a magical lucha mask, and he’ll do so with an arsenal of wrestling-themed attacks and well-timed dodges. You’ve got suplexes, headbutts, uppercuts, and piledrivers to use and you can chain them all together to get rid of a screen filled with enemies in next to no time flat.

Guacamelee’s combat system lives up to its name as close-range combat is the only way to fight. As a result, you’ll need dexterity in your hands to really excel at the combat. The same holds true for the platforming, which will involve switching between both the planes of the living and the dead to fight enemies in each realm on different platforms later on. You’ll also have to switch realms mid-jump in platforming sections, so if you’ve got any kind of finger or hand issues, you’ll definitely want to just sit the game out as a player and enjoy it as an observer. That’s usually a very bad thing, but given how beautiful the game is and how enjoyable its soundtrack is, you don’t lose too much if you have to do that.

As either a player or an observer, you’ll love the constant stream of hilarious visuals in the background. Things like a Donkey Kong statue, a lucha-themed Mario Bros. poster, a Link homage, and even the Zelda tradition of angry chickens are here along with the ability to gain new powers from statues that are nearly identical to the ones in the Metroid series. This is a game that loves gaming and pays homage to it and its other sources of inspriation constantly. This new version gives you a plethora of new content. You get all of the orgiginal’s DLC, plus a new boss, new locations, tons of platforming in them, and even tougher enemies that constanlty move around so you can’t just juggle them forever for a quick victory. The biggest change is the INTENSO meter, which is essentially a rage mode in this game. Once it’s filled up, you can let loose with more powerful offense and extend your health bar at times too. You can’t quite spam things endlessly though, as the meter takes time to fill up.

The fast-paced gameplay isn’t the most friendly for those with motor skills issues, but Guacamelee’s bright graphics and easy-to-read meters mean that if you have a minor visual disability, you’ll probably be able to play it just fine. Those with hearing problems will miss out on the music, but won’t miss out on the plot since it’s all text-based with non-verbal cinematics used at points as well. If you’ve missed out on the game before, or simply don’t want to re-buy it since you’ve already got it, the game being a freebie thanks to Games With Gold is perfect. It’s also a wonderful way for people to experience the game who hadn’t done so since there’s no barrier of entry to trying it out. It’s one of the best Metroidvanias you’re going to play and gives the Xbox One a much-needed boost in its platforming lineup.