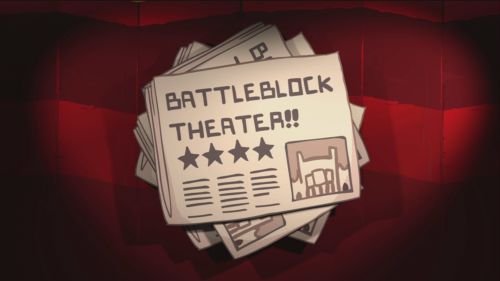 Battleblock Theater first hit the Xbox 360 in April of 2013. Since then, it has gained a reputation as one of the funnest games ever released and is one of the better platformers available for the 360. The success of the game on PC reaffirmed its greatness, and its status as a free game via the Games With Gold program should help its audience grow exponentionally. It’s a side-scrolling platformer that excels at delivering a satisfying platforming experience in both single and multi-player action. The game’s premise is a tad out there, as you and a group of friends have become shipwrecked and thrown into prison. Only this prison is run by evil cats, and as a cat owner, I loved this part of the story. You’ve got a ton of customization options for your character, and since the game has separate single and multi-player campaigns, that is a very important inclusion. Thanks to that, you can easily tell your characters apart since the colors and shapes can vary wildly. This makes play sessions much easier to enjoy if you have vision issues since each character can be seen far more easily than one might expect.

The core platforming game is excellent, and offers up a lot of variety for players. Its more action-oriented than a Mario game, punching and item throwing as your main methods of attack. Punching is fast, but short-range, so you’ve got to be quick to succeed. Items give you more range and do more damage, but are slower to send out. The risk/reward for each type of attack is fair, and the game as a whole feels very balanced in single and multi-player modes.  There’s more terrain to traverse here than in a regular platformer, with pipes to do hand-over-hand climbs and ladders to climb and slide down. Speed is key here as fast times equal higher star totals at the end. Single and multi-player action is largely the same, but there is a bigger emphasis on puzzle-solving in MP. It’s not too big a deal though – just have to move some blocks or press a button that you wouldn’t normally do in single-player. I love that the levels are quite similar, but have been changed up to work better in both single and multi-player setups.

However, one issue that really affects those with vision problems is just how zoomed out the view can be in multi-player levels. Sometimes the view is so wide that you can barely see your character and all you have to look at is this gigantic mass of blocks that you know you can navigate in theory, it’s just a chore to do so in execution. Luckily, that’s as bad as things get when it comes to the core game design getting in the way of accessibility. The controls rely on very few buttons and the platforming itself is very forgiving. Unlike a Mega Man game, you won’t need to be pixel-perfect with your jumps to land them perfectly. If you get tired of platforming, there are additional modes like basketball and arena-based combat that blends the regular gameplay with a Smash Bros-style brawler. It’s an odd mix, but a fun one. The storyline is hilarious, but the reliance on verbal narration means that some of the fun is going to be lost if you have hearing issues – although subtitles are included for all cinematics, so the plot itself can be understood fully.

Battleblock Theater is one of the best-playing games featured in the Games With Gold Program so far. It’s got silky-smooth controls, bright graphics that are easy to see, and it’s one of the better platformers on the Xbox 360. While the newer PC version is a little better thanks to a wider variety user-generated content via the Steam Workshop, there are plenty of created levels offered up on the 360 as well. If you’ve got a love for platformers and don’t have much of an issue playing them, give Battleblock Theater a download as soon as possible. The game will be free to Xbox Live Gold members until July 31.