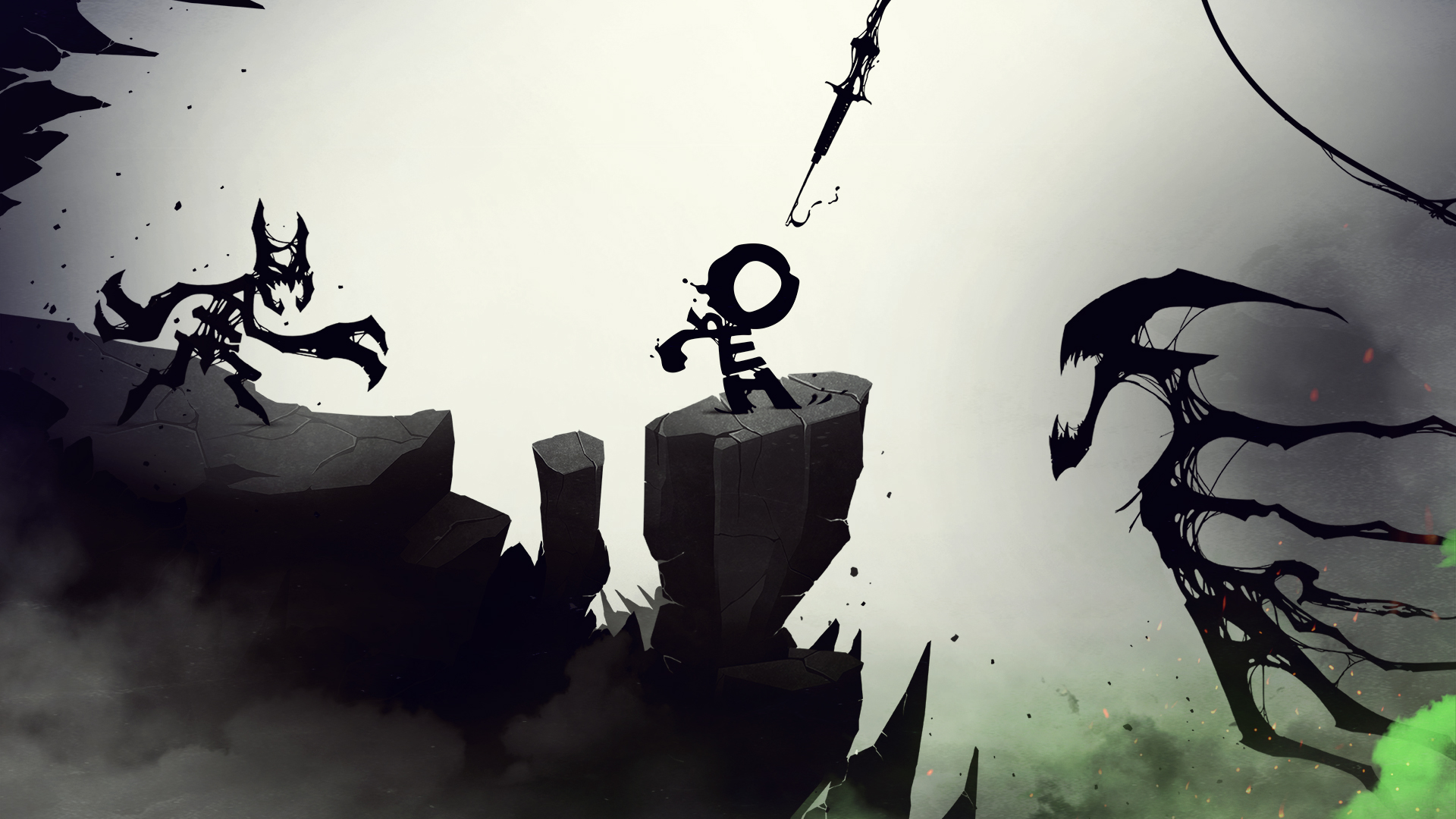 Enter a dark post-apocalyptic world where everything in it is made up of letters, including you. Typoman: Revised is a 2-D puzzle platformer with a focus on spelling exercises that accompany a classic side scrolling style of gameplay. Typoman takes place in a bleak barren wasteland and has a surprisingly consistent tone throughout. Originally, Typoman was a Wii-U exclusive just titled “Typoman,” but it was later remastered and rereleased on other platforms then called “Typoman: Revised.” I’m reviewing the PS4 version of Typoman: Revised. The game’s simple controls and intriguing story made for a very enjoyable experience.

Typoman does not have customizable controls, but there aren’t very many buttons required to play the game and the gameplay is easy enough for disabled gamers with fine motor skill impairments to play with very few problems. When playing Typoman you move with the left control stick. You only have to press the action button to jump and the cancel button to grab objects, at least during the platforming sections of the game. Whenever Typoman has you doing word puzzles, using the controls gets a little more complicated. Thankfully the game makes things pretty straightforward and has an in-game keyboard that pops up, separating the two types of gameplay. While accessing the keyboard you’ll still be using the same buttons to solve the word puzzle, but you now have to hold down one of the trigger buttons in order to rearrange the letters. The actual words that you spell out are basic elementary school level words, but they do get slightly more challenging as the game goes on. Typoman doesn’t have any spoken dialogue, but occasionally you can access small bits of story that take the form of notes/inner monologue. Most of these moments are optional, but they are accompanied by large easily readable subtitles. Other than missing out on the fitting mood music in the game, deaf players shouldn’t have any trouble playing Typoman. Visually the game has lots of greys and browns in the environments, but even when there is a more bright color onscreen it isn’t imperative to the gameplay. There is also a brightness slider available, so gamers with visual impairments should have an easy time playing Typoman.

Typoman is a fun and creative game that incorporates spelling puzzles in a way that I’ve never seen before. I will admit that the two different styles of gameplay don’t always mesh well and I definitely preferred the platforming parts of the game more so than having to use the typing mechanic. Still, the gameplay is unique and the style is so strange that I can only compare it to something like Limbo. Although you can’t change the controls in Typoman, disabled gamers of all types won’t have a hard a time playing this game.