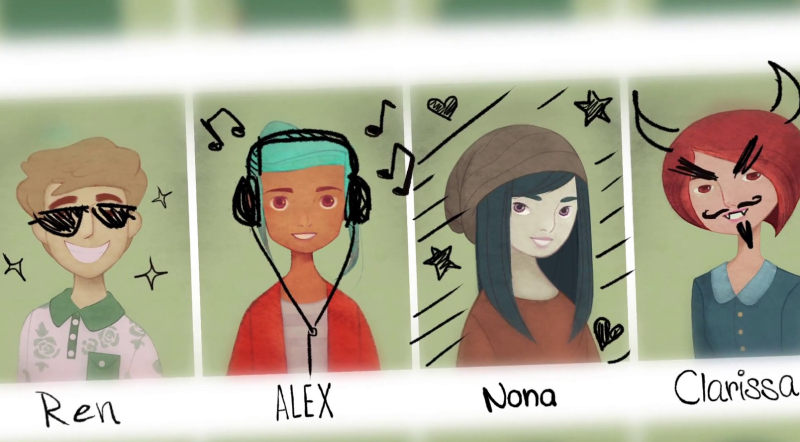 Every year 5 teenagers go to an abandoned island looking for a spooky adventure and harmless fun. This year things don’t turn out as planned as they soon find out that ghosts may be real after all. Trapped and alone their only way back home maybe through a hand-held radio. The setup may seem cliché, but this story is much more complex than it appears to be. Oxenfree is a great narrative focused game that truly gives the player choice more so than most games out there.

Oxenfree doesn’t offer many control options other than subtitles and audio features, but with fine motor skill impaired gamers in mind I would say the gameplay is very minimalistic. There is no combat in the game whatsoever, as it only focuses on puzzles and dialogue choices. I played this on the PS4 so the action buttons on the right let you control the sentences you choose to finish a conversation. The trigger buttons are used to access the hand-held radio. To change frequencies on the radio you have to use the right control stick, but the touchpad will also work if you prefer. Dialogue may be timed, but none of the puzzles are and Oxenfree never forces you to make quick movements during gameplay. Subtitles are large and bold, though sometimes a tad bit spotty with background conversations. However, none of these particular ones are important to the story so I believe gamers with hearing impairments should be fine. Visually speaking Oxenfree is very bright and vibrant, but differentiating color isn’t necessary to play. Colorblind players shouldn’t worry at all. Occasionally, Oxenfree does have fast static transitions onscreen that could be disorienting for some, but only those who are sensitive to that sort of thing.

Disabled gamers should enjoy a stress-free playthrough with this game. Simple puzzles and dialogue choices will make for an easy time. Oxenfree will definitely surprise you with the amount of branching paths available in the narrative. This really isn’t a horror game though, so don’t expect a lot of scares. Play it for the intriguing story and you won’t be disappointed.