Indie Spotlight – Night in the Woods 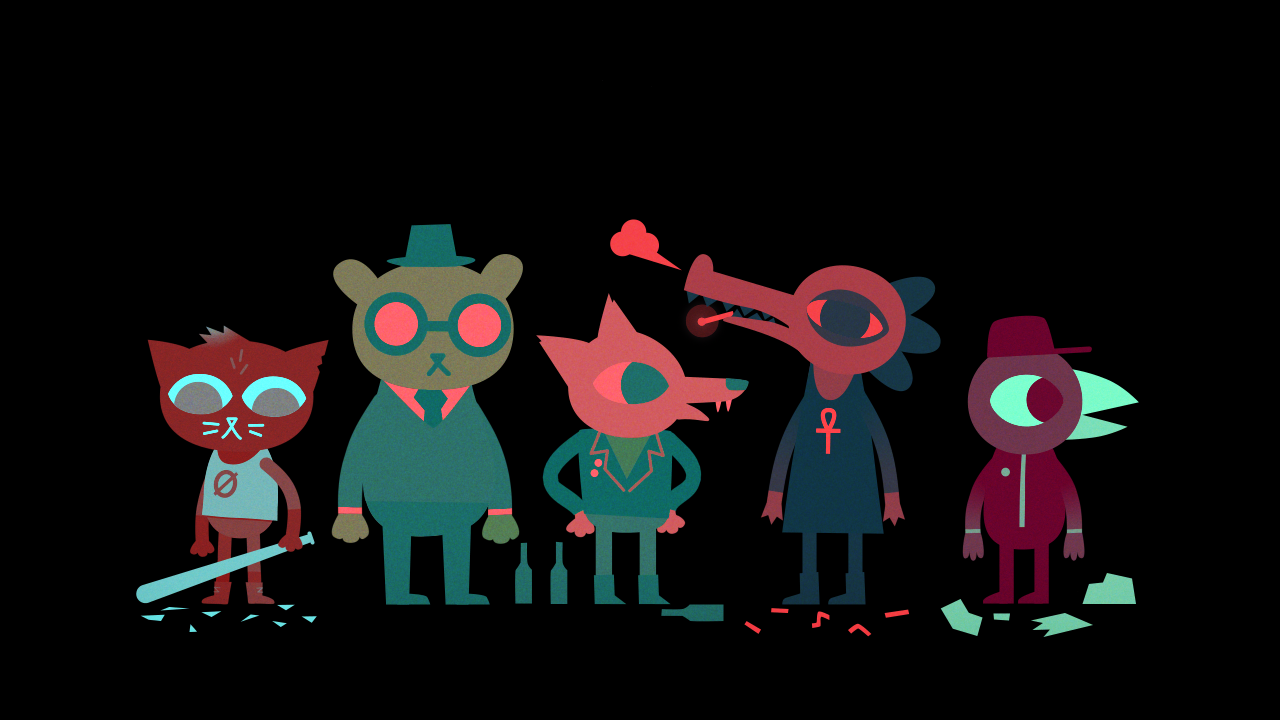 Mae Borowski is a fun-loving cat with no direction in life. She is a recent college dropout and returned home to find her town has changed quite a bit. Night in the Woods is an adventure platforming game crowd-funded by many fans and developed by the Finji studio. With a unique style and a world of humanoid animals, it takes a genuine look at being middle-class in small-town America. Night in the Woods is a lighthearted game with simple controls and focuses mainly on interpersonal relationships.

There aren’t any customizable controls to speak of in Night in the Woods, but the gameplay is very slow-paced and you are only required to press two or three buttons in the whole game. You jump with the action button and move with the left control stick. This being a 2-D platforming game you won’t need to move the camera. Many buttons perform the same function such as the Journal, for added ease. Night in the Woods has light platforming and puzzles, but you’ll mostly be interacting with people in order to build relationships. Jumping on objects in the game take very little timing, so it should be easy to play for disabled gamers with fine motor skill impairments. There are occasional mini games (the dungeon crawler on your computer, pickpocketing at the mall, etc.) which require slightly faster movements. However, you are never penalized for not completing this tasks within the allotted time, other than maybe a few changes in the dialogue. Night in the Woods has no spoken dialogue so gamers with hearing impairments won’t have any obstacles. When characters are speaking they usually have a dark speech bubble above their heads with nice bright subtitles. The music in Night in the Woods is laid-back and sometimes gives a calming feel, but nothing about the soundtrack will stop deaf players from interacting with the game’s world. During some dream/nightmare sequences Night in the Woods can look fairly dark. Thankfully, disabled gamers with visual impairments won’t have to worry as the game has a brightness scale they can change.

Night in the Woods was an extremely fun game to play and the controls never hindered my play through. Most disabled gamers will have a relaxing time playing this game. Although the visual style certainly looks like classic platformers, the gameplay’s relationship building reminds me more of old JRPG’s like the Persona series. I recommend this game to anyone who likes the idea of hearing witty humor from a spastic fox or nihilistic ramblings from a Goth crocodile. Or was she an alligator?