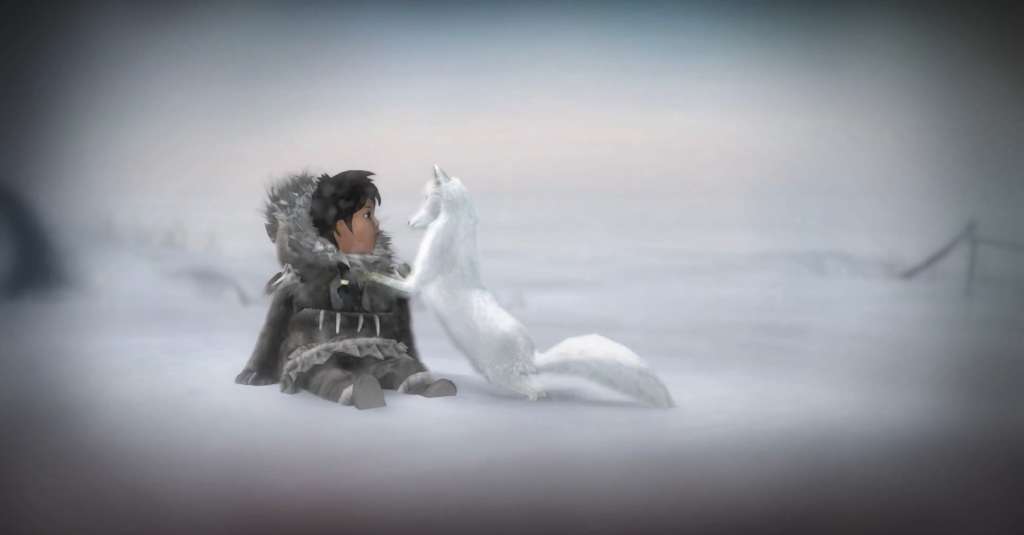 You play as Nuna the brave little Inupiat girl and her Arctic Fox as she journeys through harsh winter conditions. Never Alone is a puzzle-platformer that tries to tell an atmospheric story, as well as enlighten people on the folklore of the indigenous Alaskan people. Unfortunately, the actual controls for the gameplay won’t be accessible to many disabled gamers.

Never Alone has controls that were inaccessible to me. Early on the game has simple solutions that barely require more than the action button and the left control stick to move, but Never Alone’s difficulty level is very inconsistent. Within an hour of playing I became stuck on a seemingly easy puzzle because it required me to make very quick and precise movements with the right control stick. Nuna uses a projectile weapon called a Bola and it’s maneuvered with the right control stick. Not only that, but Never Alone allows for two player co-op and seems to play better if you have another person playing as the Arctic Fox. Without another player you’re forced to control the Arctic Fox on your own and that can become tedious. Having to juggle the left and right control sticks was impossible for me to manage and I don’t think other disabled gamers with fine motor skill impairments will have much luck either. Never Alone does have large visible subtitles, so gamers with hearing impairments should be fine. I also didn’t notice the colors red or blue to be of much importance to the game, so colorblind players should have good experience. Still, I can’t guarantee that Never Alone doesn’t become inaccessible to other gamers because I wasn’t able to get very far in the game.

If I can say one good thing about Never Alone, it’s that it has a unique reward system which teaches you about indigenous legends and history using short video clips. It’s also one of the first games to be produced by indigenous people and that’s very important. However, this does not justify making a game inaccessible. First and foremost, the player must be able to finish the game and I personally was not able to do so.