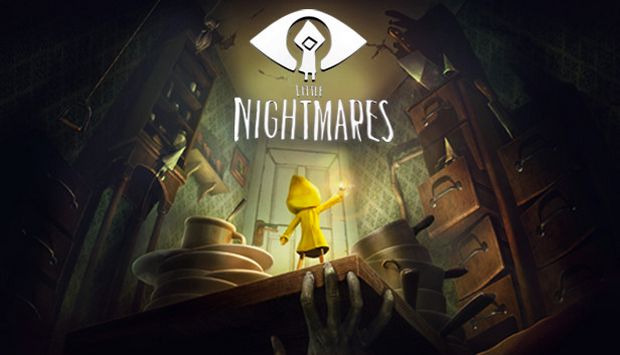 Escape the horrific vessel known as The Maw. You’ll play as a little girl named Six as she runs and hides from giant kitchen monsters trying to devour her. Little Nightmares is a side-scrolling puzzle platformer with a strong horror theme. Although the game developers from “Tarsier Studios” are known for making more family-friendly games, Little Nightmares has a much darker tone. Little Nightmares has very good atmosphere, but the controls are lacking.

Little Nightmares has no customizable controls whatsoever. Although the main buttons used in the game are the action button and cancel button to jump and grab, depending on the situation many other buttons are required. For instance, while other side-scrolling games accommodate for certain obstacles Little Nightmares forces you to use designated buttons for things like sprinting or crouching. The game doesn’t cut you any slack when it comes to accessibility, as you’ll often have to hold down each of these buttons to continue and this also includes holding down the grab button while climbing a ladder. Gamers with fine motor skill impairments beware, there are also a lot of timed puzzles in Little Nightmares. Not only do many puzzles require you to make quick movements, but sometimes you’ll be pressing three or four buttons at a time. Even worse is Little Nightmares has a very unreliable autosave feature that is hard to predict and more often than not will have you brought back to life much further back than you were before. On the visual side of things Little Nightmares is very dark in places, but you can change the brightness level in the options menu. Gamers with hearing impairments will have the most trouble playing this game. Little Nightmares has no spoken dialogue so subtitles aren’t needed. However, without an option to turn on captions it becomes impossible for deaf players to continue later on in the game. When hiding from the large enemies in Little Nightmares you have to hear audio cues to get the timing just right and determine when they’re going to move. I don’t believe that gamers with hearing impairments will be able to get past certain enemies without the help of an able-bodied person.

Little Nightmares is a fairly short game with a creepy style and an interesting story. Unfortunately, in every way possible disabled gamers will have a difficult time playing it. Accessibility options for gamers with motor skill impairments are basically nonexistent and gamers with hearing impairments will most likely get stuck because of the lack of captions in the game. It’s a nice horror game, but it had a lot of accessibility problems. It doesn’t seem like any thought was put into control options for disabled gamers or any gamers for that matter.