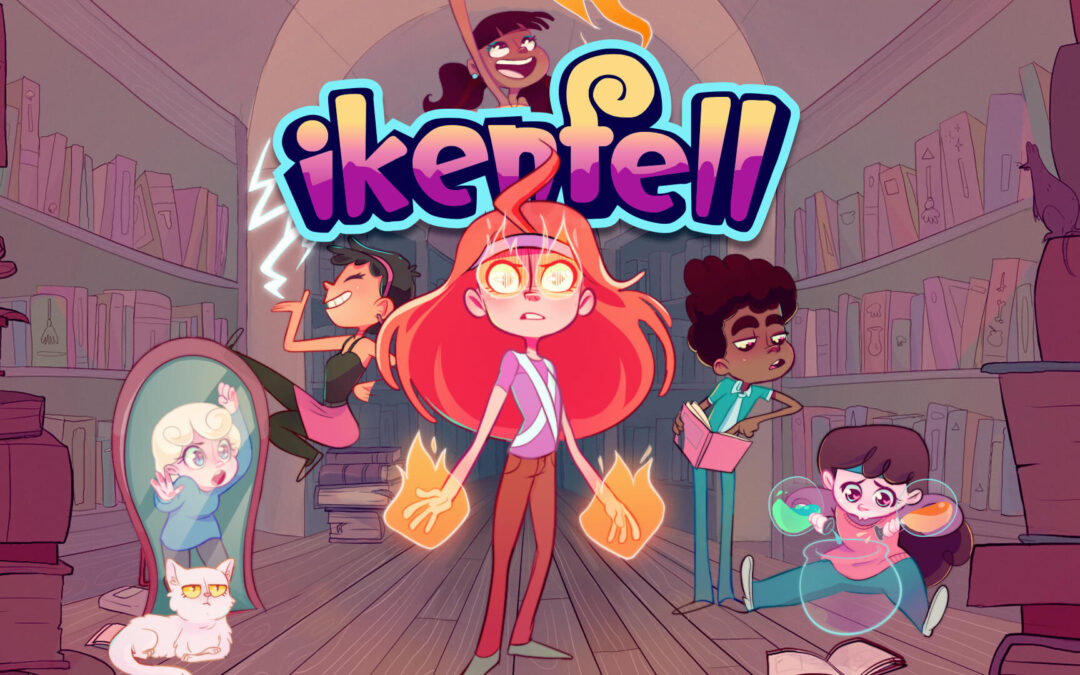 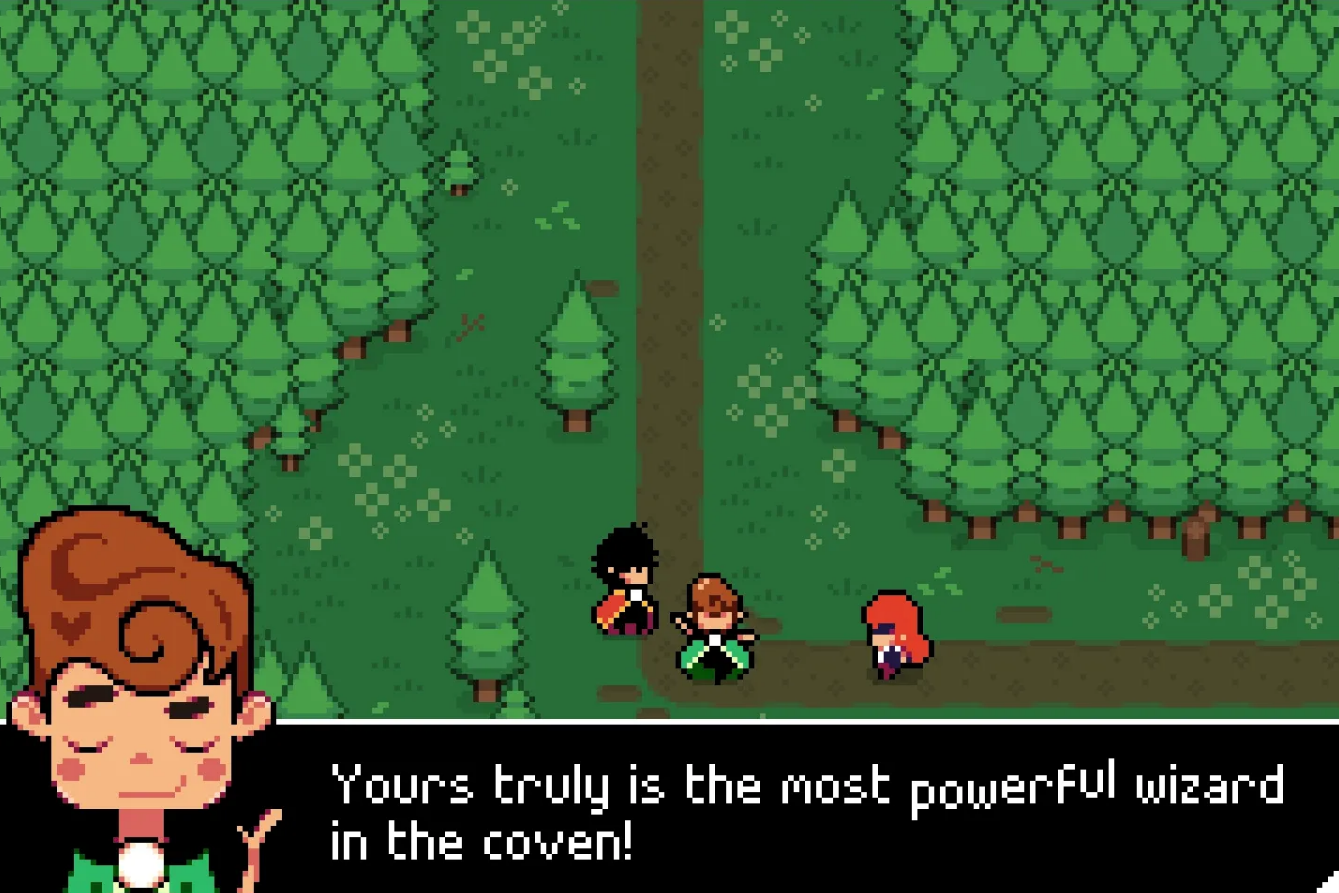 Unlock latent abilities, and search for your missing sister in a magical school for Wizards and Witches! Ikenfell is a turn-based RPG developed by Happy Ray Games and published by Humble Games. Originally a passion project funded on Kickstarter, it was released on all the main gaming consoles, but I’m reviewing the PC version. Ikenfell borrows from classic RPG combat mechanics but handles accessibility in new and interesting ways.

The crux of Ikenfell’s gameplay involves turn-based combat with small sections of exploration and puzzle solving. There are no random battles, however, as all enemies in the game are visible while exploring the world map. You’ll first control Maritte Hildegaarde (who has fire abilities), but as the game progresses, you will gain new companions and control them as well. A unique aspect of Ikenfell’s combat is that “magic points” do not exist, so you can use magical spells freely.

Ikenfell has quite a lot of accessibility options for disabled gamers with fine-motor impairments. Although there’s no way to fully customize controls, only the interact and cancel buttons are required throughout the entire playthrough. During combat, tapping the interact button at just the right moment will give your attack an extra boost. Thankfully, Ikenfell offers support for this QTE by allowing customization of the timing in the options menu. You can set the timing to “Semi-Auto” or “Auto” which essentially makes it so your attacks never miss. There’s even a “Victory” option that ensures you never lose a battle. Gamers with visual impairments have something called a “Photosensitive Mode” which reduces the number of flashing lights and effects in the game. I didn’t find any puzzles that require the distinction of colors, so colorblind players shouldn’t worry. For those with audi impairments, Ikenfell doesn’t have any audible dialogue, and you can customize the music and sound effect levels in the options menu.

Ikenfell has a diverse cast of characters, a relaxing soundtrack, and fun turn-based combat! It’s also clear that the creators of Ikenfell understand different players’ perspectives, as they accommodate many types of disabilities in their game. Having the option to customize timing during combat helps those with fine-motor impairments in a major way, and the “Photosensitive Mode” lowers the number of flashing lights in the game to help those with photosensitivity. Disabled gamers should have no problems playing this short but sweet indie title.