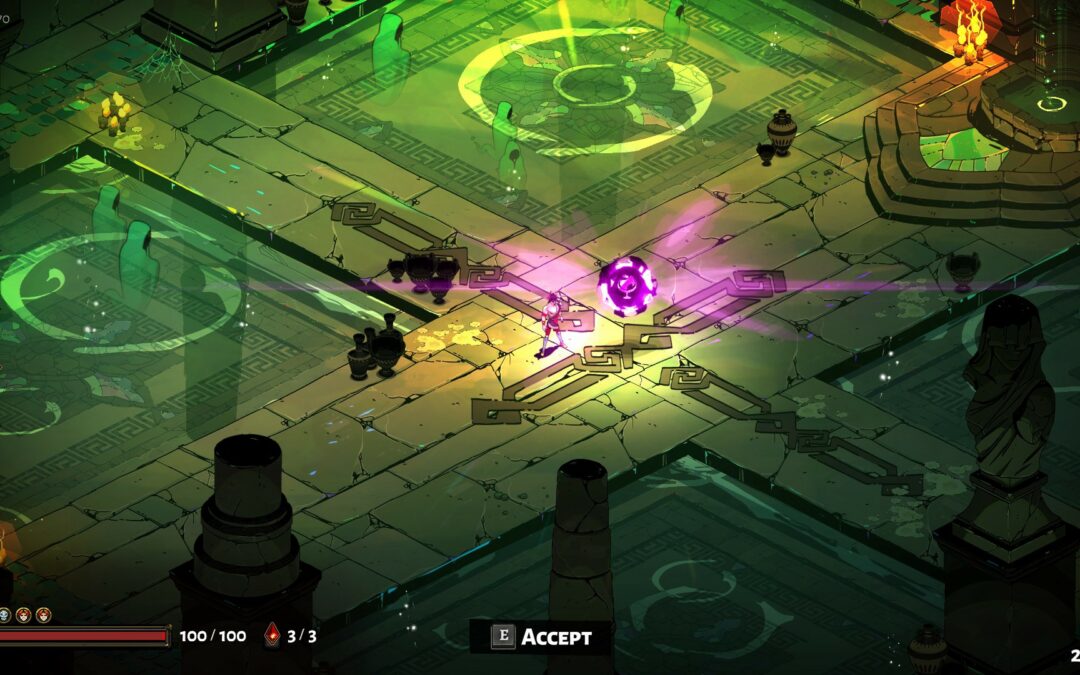 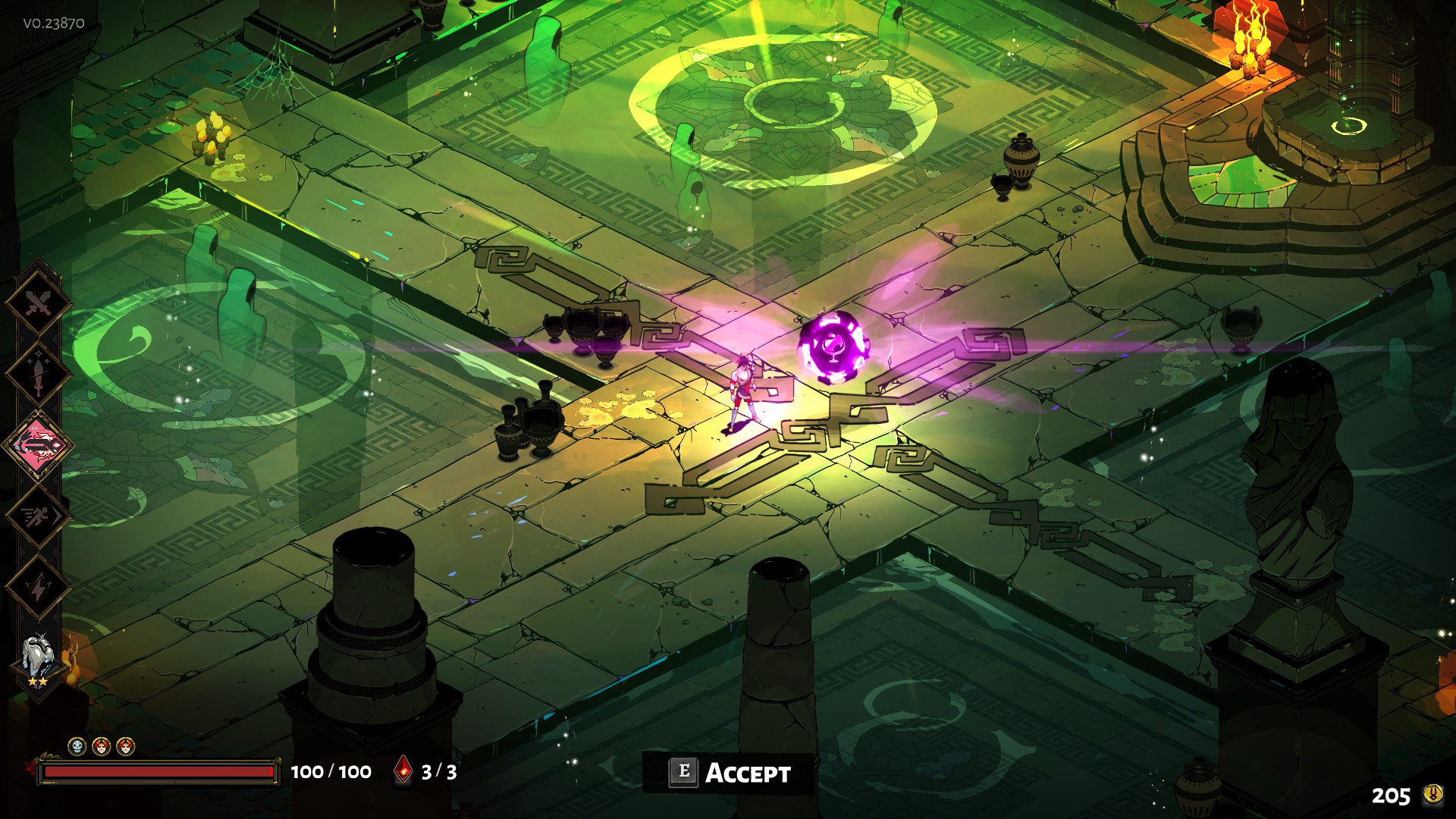 Indie developers have made quite a mark on the industry this year. The release of Serious Sam 4 showed that Croteam could hold its own against the indie scene’s heavy hitters while keeping their flagship franchise relevant after nearly two decades of absence, but it’s nearly impossible to have a conversation about the big players of the indie scene without mentioning Greg Kasavin and Supergiant Games. The latest offering from this well-respected but often forgotten studio continues its unique brand of brilliant storytelling coupled with excellent action RPG gameplay in the form of a rogue-like dungeon crawler called Hades. As you may have inferred from the title, Hades is based on Greek myth, and the story centers around Prince Zagreus, the rebellious son of the lord of the dead as he attempts to escape from the eponymous realm and the overbearing clutches of his father.

While I am not typically a fan of rogue-likes due to having to start over after each death, Hades’ gameplay is varied enough to keep things from getting stale, and new dialogue is available after each death. Players with motor-function disabilities will find a barrier-free experience thanks to the inclusion of a feature called God Mode, which not only makes enemies less aggressive and less resistant to damage, but also makes Prince Zagreus more resistant with each death, and caps off at eighty percent, ensuring players make it further every run. Hades forgoes traditional experience pools in favor of collecting concentrated droplets of the underworld’s energy, known as darkness. Collect enough, and you can unlock permanent buffs by “reflecting” in the mirror in Zagreus’ bedchamber. One of these abilities allows Zagreus to come back from death with 25 percent of his health, and once it’s upgraded, 50. Combat here is incredibly visceral and satisfying, Zagreus automatically targets the nearest foe, and they don’t typically flank you or hit from behind so there’s no threat of a surprise attack. The game grants you weapon power-ups in the form of boons from the Olympian gods. These last until death, and can do everything from increased damage when striking opponents from behind to making them drop health upon dying, and the effectiveness of all of these can be increased by giving gifts to a variety of characters. For example, in my save file I romanced Medusa, causing her to gift me an object that increases probability of health pick-ups. Defeating bosses causes them to drop titan’s blood, thereby buffing your weapons. While Hades doesn’t feature custom controller bindings, I can’t penalize it for this because there’s only 4 you need to know for combat, square, triangle, X, and circle. Moreover, both PS4 and Xbox One pads are compatible on PC. All of these elements combine to create a rogue-like without barriers for motor-impaired gamers.

In terms of visual accessibility, I believe the game to be barrier free. It features a very vibrant color-palette, and despite not having any color-blind settings to speak of, it isn’t problematic. Enemy types are so distinct in shape and size that they’re easily distinguishable even without relying on color. The boons the gods provide all have a different symbol, and they’re all large, making it simple to identify which deity is providing it even if it were devoid of color. For example, Aphrodite is a giant heart, while Dionysus is a big glass of wine. Damage indicators are easily legible, and when NPCs speak, the text is presented in a dialogue box that clearly identifies the speaker and even shows a photo of them, while task givers and characters who have new dialogue are marked with a giant exclamation point. Hades even features an option to highlight the mouse cursor in order to keep from losing it during chaotic battles.

Auditory accessibility is top notch here as well. The sound options are standard video-game fare, but even though pickings are slim, nothing I described at any point in this article loses its potency without sound. Prioritizing targets is easy even if they can’t be heard because they all have distinctly shaped models, and the same can be said of the various boons offered to Zagreus by the gods. The hard of hearing will have no trouble, and the experience is barrier free.

Supergiant Games’ latest endeavor is definitive proof as to why they are one of the most talented and passionate groups the indie scene has to offer. Hades was in early access on steam since 2017, and it shows. Supergiant has not only created what many are considering the best rogue-like dungeon crawler ever, but features like God Mode also secures its legacy as the most accessible rogue-like ever. It is simply too good and too rich in features to pass up.