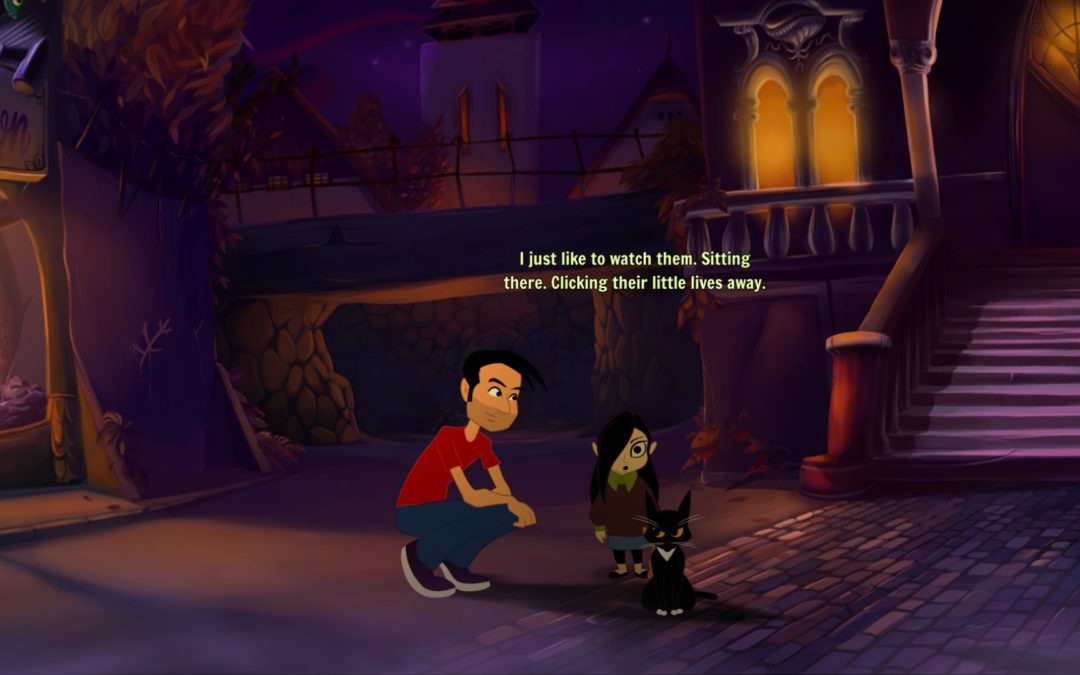 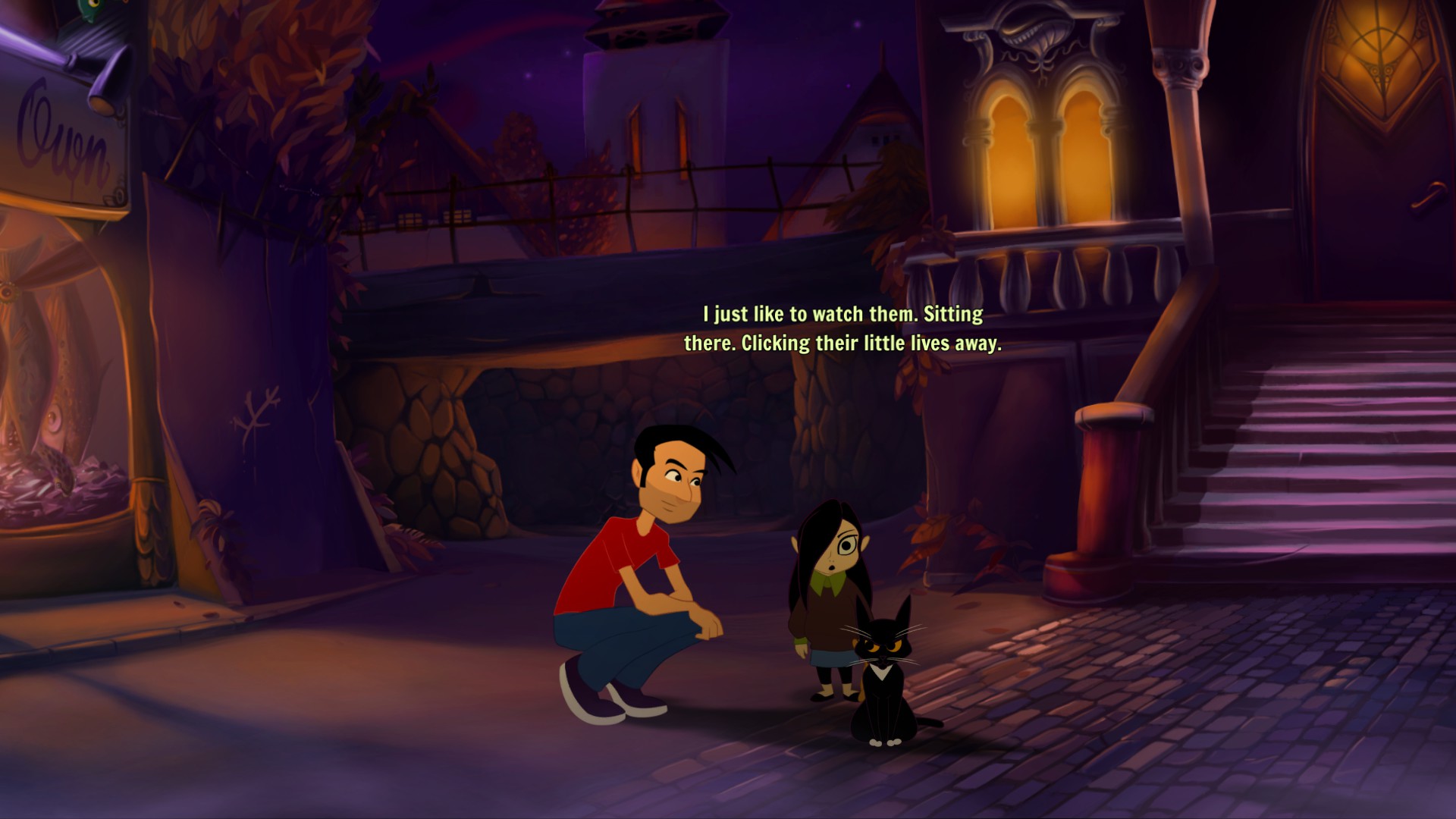 Gibbous: A Cthulu Adventure is a self-styled “comedy cosmic horror adventure” point-and-click game by Romanian studio Stuck In Attic. Funded entirely on Kickstarter and surpassing its initial budget of 39,000 Romanian Leu (approximately $8,794), the game features three characters who all have motives to get their hands on a magical tome called the Necronomicon. With the studio based not far from the birthplace of Vlad The Impaler, it’s apparent in the games visual aesthetic that they were influenced heavily by Transylvanian folklore, classic Disney films like Aladdin and The Black Cauldron, works by H.P. Lovecraft, and early Lucas Arts games like The Secret of Monkey Island.

Gibbous should not present any barriers for players with visual disabilities. Its art style is bright and vibrant, and objects that can be interacted with stand out clearly. If for some reason a player is unable to spot an interactable, Stuck In Attic included a button that shines a bright light on all the interactive objects on the current screen. Subtitles are color coded based on which character is speaking, but they also appear clearly over the speaker’s head, so a player can easily discern who says what.

Being that it’s a point-and-click adventure, Gibbous won’t be an issue for fine-motor impaired players. Gameplay consists entirely of combining items correctly in your inventory or using a specific object with the right character or environment, and there are no timing-based puzzles of any kind. I completed all but a couple late-game puzzles without a guide, and even after looking them up, I realized I was not far from the solution.

Auditory barriers are not present here. Gibbous’s voice-overs are spot on and sell the humor quite well, and the subtitles mentioned above should be immensely helpful for players with auditory disabilities. It features the voice of Doug Cockle, who’s famous for voicing Geralt of Rivia in The Witcher franchise.

Gibbous: A Cthulu Adventure flew under a lot of people’s radar, including myself, and Stuck In Attic’s love of classic adventure games is evident throughout. It is a barrier-free experience and shouldn’t be missed by any fans of the classics.