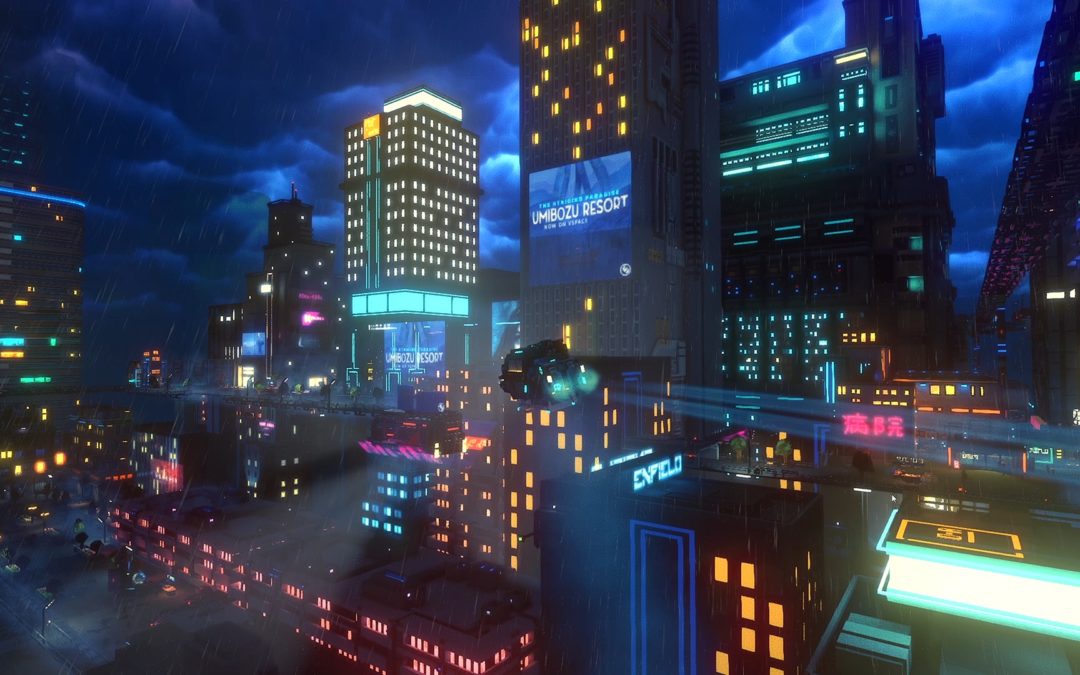 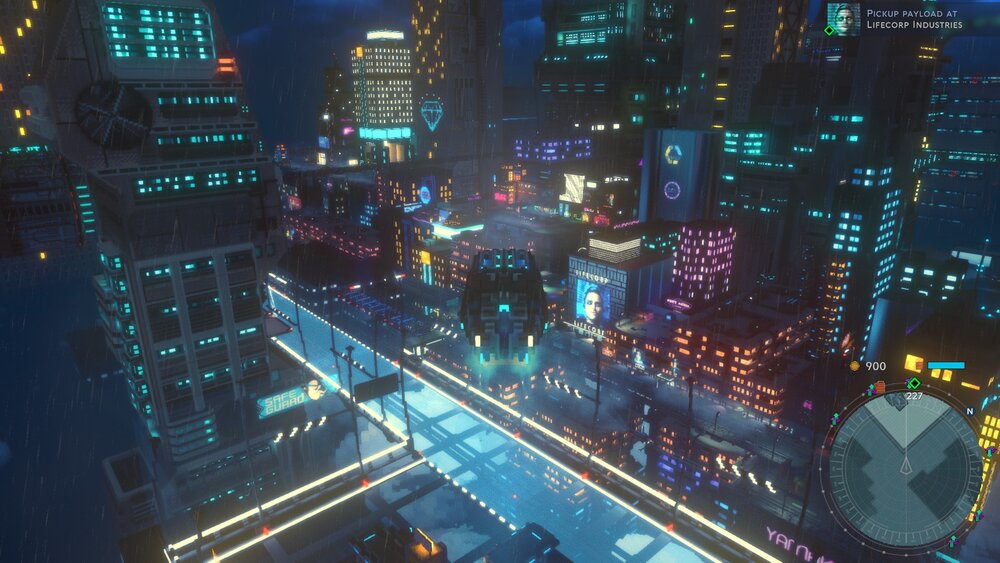 Cloudpunk is the latest game by Berlin-based developer Ion Lands. It’s a game that’s essentially Blade Runner meets The Transporter, and this is by no means a bad thing. The player assumes control of Rania, a woman starting her first shift at the eponymous parcel delivery company, which, very much like The Transporter, only has two rules: don’t ask questions, and don’t open packages. Rania has recently moved to the city of Nivalis from abroad and finds that working for Cloudpunk has put her in direct contact with the city’s seedy underbelly.

Cloudpunk is barrier free for players with fine-motor disabilities. It uses standard driving controls: right trigger to accelerate, left trigger to reverse, and the left stick to control movement. Because Cloudpunk uses a fixed camera, the right stick is used exclusively to ascend and descend when in the air looking for parking, meaning the game essentially has a legacy control scheme by default. You don’t move the camera manually at all. Better still is the fact that there are no time-sensitive missions. There are two that contain timers, but these don’t trigger a fail state or penalize you in any way when the clock expires, eliminating the frustration and barriers brought on by repetition.

Visual accessibility in the game is not perfect, but I still consider it to be thoroughly accessible. The city of Nivalis is brought to life by quite possibly the most beautiful voxel art I’ve ever seen. Keeping up with who speaks is not difficult thanks to dialogue that appears in text boxes and labels speakers, even going as far as to include a thumbnail of each. There aren’t any colorblind settings, but I see no need to penalize this, since nothing communicated to the player is dependent on color. If Cloudpunk has any drawback visually, it’s that objects you can pick up on foot all share the same mini-map icon, and the fixed camera can sometimes make these, along with Rania’s character model, difficult to see, but these objects are mostly optional. Important NPCs appear with their names in text above their heads, and button prompts are huge and easily legible.

Auditory accessibility here is solid overall since nothing critical in game requires the ability to hear to experience. City streets are filled with the whirring of HOVA (the game’s hovercars) engines and a PA system that blares corporate and government propaganda. This all comes together to create a world that feels very lived in, and the soundtrack, which is clearly influenced by Blade Runner, is a nice touch. The subtitles mentioned above make the story easy to follow.