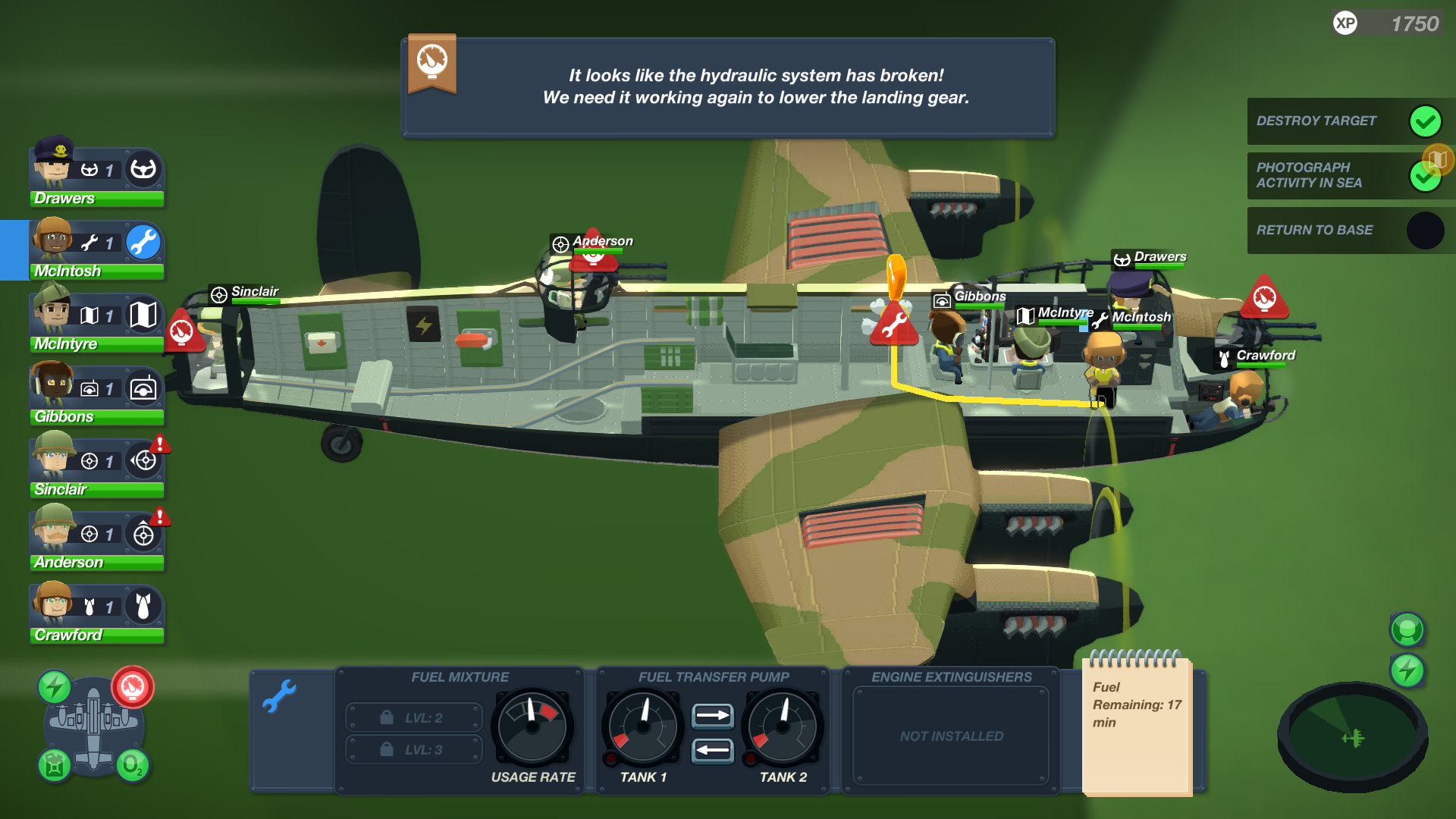 As a history buff, I often lament the fact that there aren’t very many unique World War II based games out there. However, this week I picked up Bomber Crew by Curve Digital and was impressed by not only how fun it was, but also how accessible it was. Longtime readers of DAGERS know that I personally enjoy strategy and simulation games, so I jumped at the chance to try out Bomber Crew when it went on sale earlier this week.

Bomber Crew is probably most closely compared to FTL, only unlike Faster Than Light players are tasked with commanding the crew of a World War II Bomber as they do their part to win the war against the Nazis. Bomber Crew is an extremely accessible game that features a highly visual art style and does not rely on sound or color to convey critical information. Players will be tasked with hiring and training a seven-man crew: a pilot, two gunners, a bombardier, a radioman, an engineer, and a navigator, and assigning them different tasks throughout the duration of each mission. Each plane is made up of several different stations that crew members can use to accomplish different tasks such as shoot down enemy fighters, drop bombs on the enemy, or recover from a particularly grueling engagement. Permadeath is real in Bomber Crew. Not only for your crew, but also for your plane. Players will have to be conscious of everything from cloud cover to fuel economy if they hope to accomplish their mission and make it back in time. Despite its slightly cutesy art style, I was surprised at how nerve-wracking it could be when you’re tasked with taking out a cluster of access submarines, and they keep diving, forcing you to circle back around and reacquire the target; all the while your fuel is dwindling and you’re being peppered by enemy pilots.

Anyone who’s looking for a challenging game whose gameplay does not pose many barriers to the disabled should pick up Bomber Crew, just be prepared to start from scratch when your plane runs out of gas on landing approach and crashes on the runway, killing several members of your crew.