Indie Spotlight – Behind the Screen 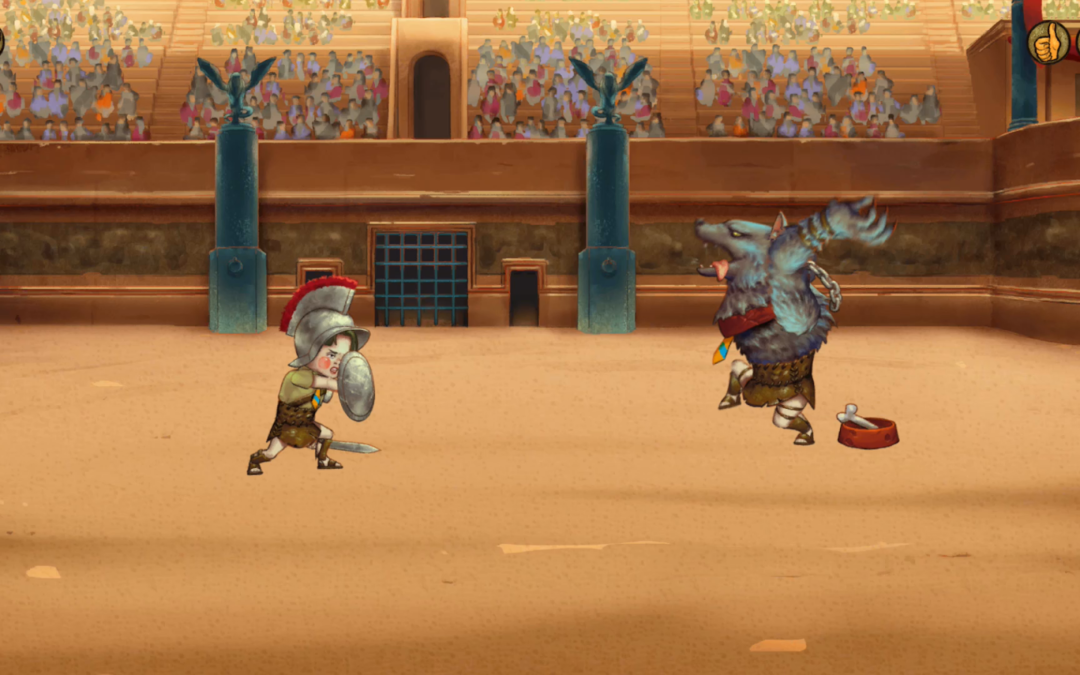 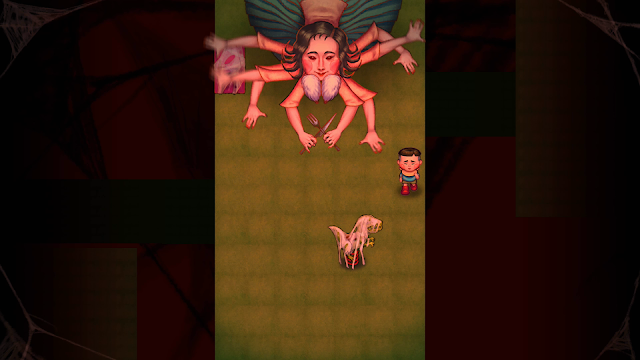 Don’t trust the talking heads behind the screen! Behind the Screen is a Taiwanese horror puzzle game set in the 1970s that centers around a boy’s life and his attempts to figure out whether his past is real or just in his head. It was developed by 18Light Games for the Nintendo Switch and PC. Behind the Screen has a variety of levels and mini games, and some are more accessible than others.

Behind the Screen is a difficult game to review for accessibility because its difficulty depends entirely on the varied types of gameplay in its mini games. Even though at its core it’s a puzzle game, there are also moments with a beat-’em-up style, turn based combat, stealth mechanics, and precise timing. The parts that require quick timing are going to be the toughest sections for players with fine-motor impairments. I played the Nintendo Switch version, and the controls were fairly simple: move with the directional pad or the control stick, press A to interact with people and objects and B to cancel. To note, I played before the 10.0 update for the Nintendo Switch that implemented customizable controls on the system. Even given that, the controls are simple enough that I did fine for the most part.

You play Behind the Screen at each stage of the main character’s life. First as a boy in elementary school, then a teenager, and finally an adult at work. The first segment requiring precise timing is a very fast-paced chase scene that requires you to input very quickly left or right to dodge obstacles down an endless hallway. Think Temple Run or Crash Bandicoot. This was hands down the hardest section for me, and I definitely think other disabled gamers with fine-motor impairments will have some trouble. Behind the Screen unfortunately repeats this gameplay a few times, and the hallway obstacles change position, so it’s difficult to prepare each time. Next, in the teenage section, one segment features a quick-time-event that involves pressing buttons at just the right time to defend or attack. It does require good timing, but the combat patterns are easy to figure out, and there are helpful checkpoints before and after each battle. Later, you find yourself in a stealth level trying to avoid teachers as you sneak past them hiding in flower pots. Checkpoints are plentiful, and there are multiple paths you can take. Most of the game is solidly accessible, but I do want to mention a section near the end of the game that features a quick time event in which you must stop a slider on a bar with different colors. If you hit the right color at the right moment you will successfully attack your enemy. Colorblind players might have a slight issue with section because it’s somewhat important to know what color you’re looking at, and there’s no option to change the color. For deaf and hard-of-hearing gamers, Behind the Screen is fully subtitled. There are a few cinematic moments between chapters, but other than that the game has no audible dialogue.

Underneath the bright and cartoonish art style Behind the Screen is a game that deals with dark subject matter. I love the bizarre storytelling and surprisingly complex main character. I can also tell that some of the story elements have a deeper meaning in Taiwanese culture. Overall, Behind the Screen is solidly accessible, and other than a few areas it’s fairly easy to play.