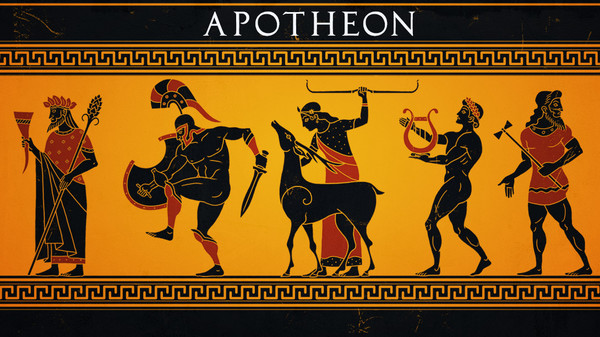 The Gods have abandoned the people of ancient Greece. Travel to Olympus and take revenge on Zeus himself. Apotheon is a 2-D action role-playing platformer on the PS4 and was developed by indie studio Alientrap. Apotheon has a unique style based on ancient Greek pottery and a story that stays true to Greek mythology. Although the controls are limited, Apotheon has forgiving combat that will allow most disabled gamers to play without problems.

Apotheon has no customizable controls unfortunately, but the combat in the game is fairly simple. The four main symbol buttons are used for things like jumping and interacting, while the right trigger is used for attacking. The directional pad lets you access your inventory and moving your character only requires the use of the left control stick. The right control stick is used for aiming, but Apotheon does a good job of having your character aim in the right direction automatically. At times the game might feel a little overwhelming just because of the sheer amount of enemies onscreen, but most of them only take a few hits to kill. As an added bonus, there are three difficulty modes in Apotheon: Warrior, Champion, and Olympian. Warrior is the easiest difficulty mode and is recommended for disabled gamers with fine motor skill impairments. There are a variety of weapons to choose from in Apotheon and a plethora of crafts or healing items. Still, some disabled gamers may have trouble with the fast-paced combat. On the visual side of things colorblind players shouldn’t worry, as most items are not distinguished solely by their color and enemies all have defined outlines. However, Apotheon does not have a brightness slider which could be a problem for some disabled gamers with visual impairments. On the other hand, disabled gamers with hearing impairments shouldn’t have any trouble at all playing Apotheon. There are subtitles available in the game and each level of sound can be altered including: voices, sound effects, and music.

Apotheon feels like if Castlevania and Dark Souls had a baby, but made the gameplay more accessible. Fighting satyrs in the woods and zombies in the underworld is definitely an experience you won’t get anywhere else. Disabled gamers with fine motor skill impairments might find combat hard to deal with at times, but deaf players will be able to play the game with ease. Apotheon has a surprising amount of maps to explore and the variety of enemies will keep you interested in the game for a long time.