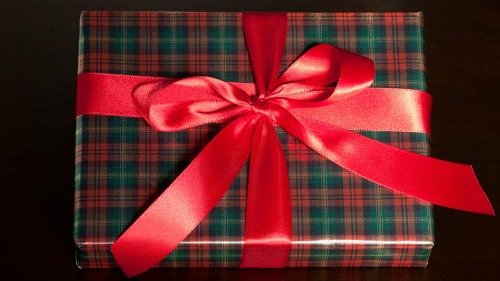 It’s the most wonderful time of the year. Most of the big games are out, and the gaming community has been divided into two categories: those who are looking to give the perfect gift to the gamer in their life, and those gamers who are hoping to receive the perfect gift.

Whether you are making a list or trying to find something that a disabled gamer would enjoy, we have a list of things from the whimsical to the downright awesome that any disabled gamer would be able to have fun with. And while you are at it, if you are going to buy any of these great items, why not support DAGERS while you do it by buying through one of the links on this page. Even if you don’t buy the particular item listed here, if you go to GameStop.com via one of our links and buy something, you are supporting the work we do at DAGERS.

On a budget, but still want to give that gamer something they’ll remember? These gifts say “Merry Christmas, and thanks for not breaking the bank this year!”

There’s no doubt that Angry Birds is one of the most accessible mobile games on the market. But these three inch foam balls make it even more accessible … by taking away the requirement for a smart phone or tablet! That’s right, now you can walk around your office or home and foil those nasty piggies who happen to be wearing human disguises. Just point one of these babies and chuck it at them. (Oversized slingshot not included.)

This is an oldie but a goodie. This poster features GameInformer.com’s top 30 video game characters of the decade between 2000 and 2010. Everyone from HK47 to Master Chief is pictured standing in front of a bar enjoying some friendly conversation with the other members of this list. I have one hanging above my closet, and it brings a little joy into every morning when I look up and see Nathan Drake and Zero Suit Samus enjoying each other’s company.

The FPS Freek line of joystick extenders doubles the length of any Xbox or PS3 controller thumbstick. As a result, not only will you have an edge over your opponents in head-to-head frag fests, but if you are disabled these will actually help even the playing field since, in my experience, they make controlling the thumbsticks on either type of controller easier.

This is an absolute must for any disabled player who wants to purchase Sony’s new handheld. Vita chargers like this one allow the system to sit upright on a flat surface, which lets players have access to the system’s back touch panel without needing to hold the system upright, thus making it easier to game on flat surfaces such as desks or lap trays.

Tired of the instability of the world economy? Then why not ensure your money’s safety by sticking it in this Star Wars Clone Trooper bank. Not only will it keep your money safe, it will also look good while doing it. Also available as a Darth Vader bust.

Xbox Live plays host to a strange and wonderful world of good indie games (and just plain weird ones) as well as downloadable content add-ons for today’s biggest blockbusters. Why not give the gamer in your life access to all this wonderful content by giving them an Xbox 360 Marketplace points card? Denominations range from $5 to $50.

Wanna get that gamer something that’ll keep them happy and busy throughout the holidays, or something that is simply accessible no matter what their disability? Then check out these gifts.

Pokémon Black and White Version 2 are perhaps two of the most accessible games for the Nintendo DS platform. And on top of that they are two of the best DS games, period. Get this for the gamer in your life, and not only will they be able to play it and have lots of fun doing it, but it’ll ensure hours of quiet during the busy holidays.

Ok, so maybe it’s a little late for Halloween stuff, but who wouldn’t want a functioning replica of Ezio’s gauntlet? Made out of high grade plastic with a fully functioning mechanism, these gauntlets are the next best thing to an Animus when it comes to fulfilling the Assassin’s Creed.

The invention of the Avenger has been one of the most exciting developments in game accessibility in recent days. It was created by an art teacher who wanted to help one of his students enjoy gaming more thoroughly. It is laid out in such a way as to make any button on either a PS3 or an Xbox 360 controller more accessible, which will make gaming easier for players with fine motor disabilities.

Got some money to spend, but not sure what to get that will be both accessible and enjoyable for any gamer? We’ve got you covered.

Assassin’s Creed III is a thoroughly accessible game. But that’s not why you should buy it. You should buy it because it’s an extremely fun game with a great story—and it features one of the most accessible multiplayer experiences currently available on the market. Read our review here.

Borderlands 2 is the first game DAGERS ever gave a Barrier Free rating, which means that any gamer, no matter what their disability, will be able to enjoy it. Whether you are the nitty-gritty type who likes to get up-close and personal or the cool detached sniper, Borderlands 2 offers a fun experience that fits any play style and is accessible to any disability. Read our review here.

This newest installment in the Call of Duty franchise has all the polish you would expect from the name Call of Duty. But the really exciting thing is that it is virtually barrier free for gamers with physical disabilities, allowing all players to experience the hard-core action of the first and second Cold Wars for themselves. Read our review here.

This remake of hte classic turn based strategy game plays as well on consoles as it does on PC and is so accessible that it offers players, no matter what their disability, the chance to save Earth from a sinister alien invasion.

If you want Call of Duty: Black Ops II and want a little something extra, we suggest the Hardened Edition. Not only does it come with the blockbuster game, it comes with a soundtrack and tons of multiplayer DLC to take Black Ops II to the next level.

If someone is disabled and interested in arcade style fighting games, a fight stick is a must. This is the one I have, and it has turned games like Tekken and Moral Kombat from accessibility nightmares into games that I can actually play, enjoy, and win. It doesn’t matter which one you buy, but you should get one if you want your gamer to get the most out of arcade style fighters.

Are you one of those really serious vault hunters? They why not indulge with the Borderlands 2 Deluxe Vault Hunter Collector’s Edition. Not only does it feature the game, but you also get a map of Pandora and lots of other goodies like stickers and a coffee table book detailing the making of Gearbox’s latest blockbuster.

Are you one of those people to whom money is no object? Do you have a solid gold faucet in your bathroom, or wish you did? Then check out these top notch gifts to make any gamer squeal.

The Assassin’s Creed III Limited Edition has all the accessible perfection of its little brother, with the added bonus of an Assassin’s Creed flag, belt buckle, and an alternative history in the form of George Washington’s secret diary, not to mention a nine inch statue of Conner that is menacing enough to keep all unwanted visitors out of your room.

Does your gamer try to sleep with an AK-47? Does he make collect calls to order drone strikes? Then delight him with this ultimate edition of Call of Duty Black Ops II. The Care Package may be hard to find, but it comes with all the stuff in the Hardened Edition, plus a nifty remote controlled drone. (Mom, if you’re reading this, this is what I really want!)

This is more a gift to parents and family members than to gamers. I have a set of these headphones, and they are an absolute boon because nobody has to hear my gaming, even if a nuke goes off. They are compatible with Xbox 360 and PS3 and will make any game sound like its 100% real.

The first in our hardware bundles, the Nintendo 3DS bundle not only features the handheld (which is fairly accessible) it also features one of the best and most accessible games for the 3DS, New Super Mario Bros. 2. It is great for anybody who is disabled and looking to get into gaming.

This bundle features the most accessible console on the market, the Xbox 360, combined with one of the best and most accessible games out there, the Elder Scrolls V: Skyrim. If you can play racing games, you’ll be happy to know that you also get a copy Forza Motorsport 4, for all those motorheads out there.

The PlayStation Vita is Sony’s new handheld platform, and should definitely be looked at when trying to find an accessible handheld. This bundle not only features the special white version of the Vita, but also comes with the Assassin’s Creed III Liberation game, which is itself a significantly accessible game.

Looking to buy a PS3 and want to make sure you get an accessible game with it? Then try the new 500 GB Assassin’s Creed III bundle. It comes with a 500 GB version of the newest PlayStation 3 and Assassin’s Creed III. So not only will you be able to gawk at your new hardware, you will able be able to enjoy it as well.

For all those Nintendo fans out there, the Nintendo WiiU offers an accessible system on which to enjoy all the biggest titles. In addition to a bigger hard drive, the Deluxe Set comes with two stand that make it easy to play the Wii U on a table or lap tray, which makes the system even more accessible than it already is.

We will continue to update this list as more games and systems come out.