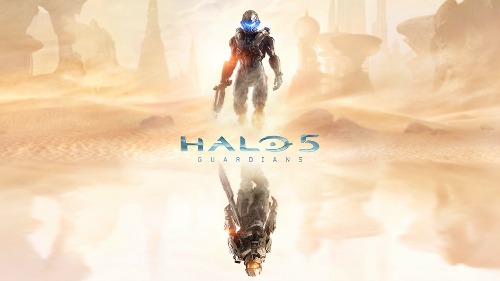 343 Industries and Microsoft revealed Halo 5: Guardians, the next installment of the Halo series, which will release in fall 2015 on the Xbox One.

Halo 5: Guardians is an Xbox One exclusive that is being designed to take full advantage of the Xbox One’s capabilities. The game will include 60 frames per second graphics, dedicated servers as well as increased scope, features, and scale in comparison to the previous Halo games. Halo 5: Guardians is a game being built from the ground up for both the hardware and features of the Xbox One.

Additionally in 2015 the Halo television series created in conjunction with Steven Spielberg will launch. The series is both a standalone show and a supplement to the game series.

Bonnie Ross, 343 Industries’ General Manager, pointedly remarked that her 2013 E3 presentation regarding Halo on the Xbox One in which she stated, “In 2014, Halo combat will truly evolve, and your journey with Halo on Xbox One begins” used the word “journey” rather than “destination” in reference to Halo 5: Guardians not releasing until 2015. She clarified that while the journey “…begins in 2014 with a giant leap…” further information about Halo in 2014 must await Xbox’s 2014 E3 presentation.

Under 343 Industries we have received 2011’s Halo: Combat Evolved Anniversary, 2012’s Halo 4, and 2013’s Halo: Spartan Assault. A 2014 title is expected and with Halo 5: Guardians not until 2015 much of the speculation guesses at another remake of an older Halo title such as Halo 2.

Halo is an anchor franchise for the Xbox. For disabled players, the twitch shooter gives disabled gamers a franchise that while frantic, the games don’t require using iron sights. See DAGERS previous coverage of the Halo series with our disability game review of Halo 4 here and a look book on the Halo series here.

The next console generation brings many video game accessibility questions. Will the Halo television series be closed captioned and provide audio description? Will accessibility changes such as fully remappable controls and more checkpoints increase access to the franchise for disabled gamers?